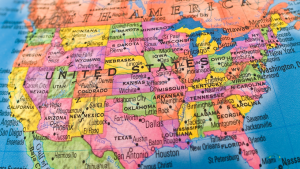 On February 28, 2022, Next Century Cities shared letters with governors across all 50 states supporting a renewed commitment to digital inclusion and broadband investments enabled by the Infrastructure Investment and Jobs Act (“IIJA”).

The IIJA, passed by Congress and signed by President Biden in November 2021, allocated $1.2 trillion for federal, state, local, and Tribal projects to develop new and update aging infrastructure – roads, bridges, and broadband – from coast to coast.

Within the $1.2 trillion, $65 billion is reserved to specifically support broadband access and adoption projects at the state and local levels. Of that funding, $45.45 billion will be distributed by the National Telecommunications and Information Administration (“NTIA”) to the states, Washington, D.C., and the territories. The Broadband Equity, Access, and Deployment (“BEAD”) program will first distribute money to support planning and mapping. Once that phase is complete, states and localities can apply for additional funding to complete projects that target the most disconnected communities.

The level of responsibility given to governors and state agencies as part of this new generation of broadband investment is immense. Recognizing that the most effective funding strategies reflect community-level insights, Next Century Cities sent letters to governors nationwide highlighting the importance of including local perspectives when developing IIJA funded plans.

As states develop roadmaps to administer grant funding and implement connectivity plans, they must prioritize relationships with local and Tribal leaders at the outset. Often, an underlying assumption exists that local governments already benefit from robust and open lines of communication with state officials, but this is not always the case. Competing priorities, a lack of easily accessible information, and limited local resources can create barriers to engagement when the stories of municipalities should be at the forefront.

Municipalities understand the far-reaching consequences when residents lack broadband access or cannot afford the subscription price. They also tackle the persistent and growing problem of inaccurate broadband data at the federal and state levels. Local governments will be critical partners in developing maps that are quantitatively accurate and represent the authentic and timely needs of residents.

We reiterated to our state partners that they must take the lead in advocating for their residents and developing consumer-focused broadband programs. States are distinctively positioned to bolster local efforts, expanding initiatives’ impact far beyond the strides that any single community can make on its own.

Together, local communities, tribal governments, and state leaders can take full advantage of this once-in-a-generation investment in the future of our Internet. Check out our letters below.