What Could the Infrastructure Investment and Jobs Act Mean for NCC Members? 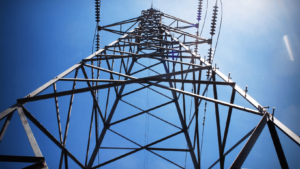 On November 15th, 2021, President Biden signed the Infrastructure Investment and Jobs Act (“Infrastructure Bill”), a historic $65 billion investment in broadband programs. At a time when a home broadband subscription equates to reliable healthcare, quality education, boundless economic opportunity, channels for civic engagement, and so much more, connecting every corner of the United States is paramount.

In the words of Nate Denny, Deputy Secretary of Broadband and Digital Equity at the North Carolina Department of Information Technology, “We’re getting a really unprecedented, generational opportunity to make those investments. High-speed internet is critical to every part of modern life.”

The historic legislation makes not only $42.45 billion available for broadband deployment, but also $2.75 billion for states to develop and implement digital equity plans. When affordability remains one of the greatest barriers to broadband adoption, $14 billion for low-income subsidy programs is welcomed news. As Ann Campbell, Washington State Broadband Infrastructure Programs Manager, notes “that extra monthly payment [toward internet access] can be a budget buster.”

Over six million people have enrolled in the Emergency Broadband Benefit Program, a number representing a fraction of those eligible. Community leaders nationwide have noted that uncertainty around the program’s end date, difficulty applying, and unavailability of service have deterred many from utilizing the benefit. The Infrastructure Bill includes funding for a long-term $30 monthly subsidy, support for community outreach to build public awareness, and a requirement that providers participate in an affordability program.

Individual state processes will impact how and when communities see infrastructure dollars.  Nathan Buehler, a spokesperson for Business Oregon, the state’s economic development agency, explained that, “We have to get permission from the Legislature to apply for and receive those funds because we have caps on the amount of money we have. We have a legislatively adopted budget like all state agencies.”

Developing local plans is an essential step toward taking advantage of broadband funding. Municipalities in states from Texas to Michigan have begun collecting data and assembling plans that identify the best approach to achieving community-wide connectivity. Identifying current community assets and opportunities for improvement are critical insights for competitive grant proposals.

Reaping the full benefits of the Infrastructure Bill will require a collective effort from local governments, community organizations, and the private sector. “Private sector cooperation is necessary for all addresses to be capable of being served on an expeditious basis,” said Burt Cohen, Broadband Policy Coordinator and Staff Attorney of the Connecticut Consumer Counsel’s Office.

As state and local governments nationwide embark on new broadband journeys and sustain existing initiatives, the Infrastructure Bill promises much-needed financial and planning support. Establishing and maintaining local leadership is a pivotal first step toward preparing communities for that funding.