The Infrastructure Investment and Jobs Act: Breakdown of the Historic Bipartisan Broadband Legislation 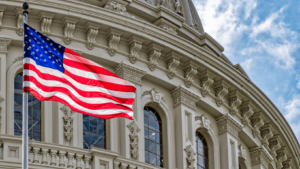 On August 10, 2021, the Senate passed a landmark $1.2 trillion infrastructure bill known as the Infrastructure Investment and Jobs Act. The proposed legislation includes a $65 billion investment in fast and reliable broadband infrastructure. States and municipalities would also have access to resources that support affordability, adoption, and digital inclusion programs.

As Kathryn de Wit, Project Director for the Broadband Access Initiative at Pew Charitable Trusts noted, “the new infrastructure package is the culmination of over a decade of research into the digital divide.” For the first time, Congress has departed from its long-held practice that infrastructure deployment will cure the digital inequities. Now, in addition to deployment there is dedicated funding to ensure affordability, device access, and research into the root causes of the digital divide.

A majority of the funding in the broadband infrastructure package is slated for the creation of the “Broadband Equity, Access, and Deployment Program (‘BEAD’).” This is a $42.45 billion program that would be administered through the National Telecommunications and Information Administration (NTIA) and provide states with funds to advance broadband deployment and digital equity goals. What’s more, this program tasks the NTIA to provide states with support to develop grant applications and funding distribution procedures. The program also includes a 10% set-aside to expand digital infrastructure in high-cost areas.

The BEAD program is intended to prioritize unserved and underserved, particularly in areas where the cost of deployment remains high. As currently written, spending requirements are aimed at ensuring that new build projects are responsive to community-based needs. For example, deployment grants must fund networks that offer minimum speeds of 100 megabits per second (Mbps) for downloads and 20 Mbps for uploads. Additionally, networks built with these grants must be scalable for higher speeds in the future.

Funding for the BEAD program provides a minimum allocation of $100 million to each state. Additional funding is calculated based on the number of unserved locations in a state. The Federal Communications Commission (“FCC”) determines which areas are classified as unserved or underserved. What makes this funding program unique is that it is designed to allow states and localities to determine where connectivity gaps exist and what resources are needed to close them.

A Focus on Digital Infrastructure

Included in the deployment portions of the current infrastructure bill is $1 billion for enabling middle-mile broadband infrastructure. These funds are intended to assist efforts by small providers, non-profits, planning and development organizations, and utilities to build out middle-mile networks in ways that could reduce costs and enable last-mile build out.

Along the same lines, the United States Department of Agriculture’s ReConnect Loan and Grant Program receives an additional $2 billion for rural deployment. These funds will be earmarked for small communities to build capacity or seek technical assistance on broadband deployment projects. Funding is also set aside to help communities establish cooperatives that could take advantage of other broadband funding opportunities.

Finally, $600 million is allocated for private activity bonds which can be issued by state and local governments to finance certain broadband projects. There are two instances in which a project could be eligible for the new private activity bonds. First, a project must take place within one or more census blocks where at least half of residential households lack fixed, terrestrial, 25/3 Mbps services. Second, 100/20 Mbps services may be deployed in areas that prior to the start of the project, 90% or more of households were unserved.

Affordability has become a Priority

The infrastructure bill could provide $14.2 billion to build on the Emergency Broadband Benefit Program, more than four times what was originally provided for the program in the Consolidated Appropriations Act of 2021. Under the new funding scheme, the new iteration of the program would be called the Affordable Connectivity Program (“ACP”) and reduce the benefit from $50 to $30 per household.

Eligibility for the ACP is increased to include households that fall within 200% of the federal poverty level, and also adds coverage for WIC recipients. Participants would be able to use this benefit for any broadband service offering that is offered by a participating provider.

Included in this section are requirements for the FCC to institute rulemakings on the annual collection of pricing and subscription rate data, digital redlining, and a broadband nutrition label. Each of these rulemakings would make it easier for the agency to impose new penalties on providers that violate the infrastructure bill’s affordability protections.

The Digital Equity Act could receive $2.75 billion, helping to ensure that all individuals and communities have the information and technology needed for full participation in society. This portion of the bill provides funding opportunities for state and local digital inclusion projects. Programs may include digital literacy and digital skills training, improving the online accessibility of social services, or improving broadband access and adoption mapping in rural communities.

The infrastructure bill would also establish two grant programs to be administered by the NTIA specifically aimed at promoting digital equity. The first, “Building Capacity Within States Through Formula Grants,” would be an annual formula grant program open to the 50 states, District of Columbia and Puerto Rico. This fund would assist with the creation and implementation of state digital equity plans. The second would be the “Spurring Targeted Action Through Competitive Grants,” another annual grant program to support digital inclusion projects undertaken by groups, coalitions, or communities of interest.

The new Infrastructure Investment and Jobs Act is a landmark bill that could provide generational funding for broadband initiatives. Like communities, Congress is beginning to take a holistic approach to closing the digital divide. Just as communities have become more empowered to develop connectivity solutions, local officials must continue to elevate specific needs. It is critical for lawmakers to understand ongoing challenges.