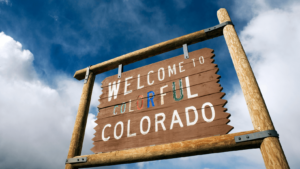 On July 20, 2021, Mark Pfaffinger, Chief Information Officer for Larimer County; Richard Holt, City Councilor and Fiber Commission Chair for the City of Centennial; Shannon Haynes, Assistant Town Manager for the Town of Breckenridge; and Chad Crager, Director of Broadband for the City of Fort Collins, joined Corian Zacher, NCC’s Policy Counsel for State and Local Initiatives, in a presentation before the Colorado Broadband Advisory Board (BAB).

The BAB was created through an Executive Order signed by Governor Jared Polis in October 2020 to coordinate broadband initiatives, educate the public, provide channels of communication with public and private stakeholders, centralize information across state agencies, and provide feedback on broadband policy.

Counties as Conveners and Collaborators

With the onset of the pandemic, an increasing number of counties across the country are mobilizing local stakeholders toward connectivity plans. Mark Pfaffinger discussed ongoing efforts in Larimer County to study digital equity and develop a countywide strategy for reaching disconnected households. Pfaffinger stated that:

That’s really our goal – to address county connectivity, not just to our buildings and our service areas throughout the whole county, but also to bring better connectivity to all the areas that aren’t currently served well.

Along with a goal of expanding community partnerships to serve unincorporated areas in Larimer County, Pfaffinger discussed partnerships with the Cities of Loveland and Fort Collins. Working together, the communities can leverage incoming federal funding to expand existing municipal networks’ reach.

In communities like Centennial and Breckenridge, public-private partnerships have been a critical component of connectivity initiatives. City Council Member Richard Holt explained the role that dig-once policies played in developing the community’s fiber infrastructure:

During construction, every entity that wanted to dig into Centennial’s right of way. We had the option to say, before you close everything up, let us spend some incremental money to lay down the conduit. Even though we had a lot of conduit laid down in the beginning, this allowed us to connect the dots as far as the network was concerned.

Centennial’s pilot program has been successful, with partners agreeing to lease the dark fiber.

Breckenridge took a slightly different approach, first conducting a feasibility study where the town identified customer service as a top priority. After conducting a request for proposals and selecting a provider, the Town broke ground on the project in May 2019.

According to BroadbandNow, only 3% of Coloradans have access to an Internet plan that costs less than $60 per month, making affordability a major barrier for universal connectivity in the state. Municipalities are supporting more affordable Internet through laying fiber as public infrastructure, but the approach looks different in each community.

Breckenridge is also expanding fast, reliable service to affordable housing complexes and anchor institutions. The project is supported by grants secured through the Department of Local Affairs (DOLA), a state agency that provides funding, support, and advocacy for Colorado’s local governments. Shannon Haynes, Assistant Town Manager for the Town of Breckenridge, said:

Oftentimes we don’t qualify for grants that are out there for fiber. We’re just absolutely ecstatic that we’re able to work with DOLA on a Mineral Impact Assistance Fund Grant that gave us $850,000 to build a middle-mile infrastructure down to anchor institutions.

The primary institution that we’re heading towards is a 80 unit low-income workforce apartment building. DOLA also provided another grant because it is a net zero facility. So they had provided some additional funding to help us get towards net zero. We’re excited to pass by five other low-income or affordable workforce housing units along the way that we’ll also be able to connect.

Similarly, the Town has established a network of  public WiFi access points to reduce the strain on mobile networks.

Cities with municipal fiber-to-the-home offer some of the most ubiquitously fast and relatively low prices compared to the national average. In the City of Fort Collins, Gigabit residential service is available for 59.95. As Chad Crager explained,

Six percent of the revenue that we get from a typical broadband customer paying 59.95 a month for one Gig service is put into a Digital Access and Equity fund. Those who are eligible for the income qualified program are charged 19.95 a month while the six percent makes up for the extra forty dollars.

The other great thing about this is that if you qualify for one of the City and Community’s income qualified programs, that traditionally meant residents may have to go to seven to nine places for all the different income qualified aspects of these different programs. The Digital Access and EquityProgram pulls everything together so if you qualify, for example for utilities, or for park programming, you would qualify for other aspects automatically.

In the absence of reliably, granular federal maps, local governments have taken on an increasing role in collecting information about their residents’ experiences. In the words of Mark Pfaffinger,

We (Larimer County) partnered with our IT department and sought guidance from the State Broadband Office, kicking off a county-wide speed test which received over 3,500 unique data points from residents. That information helped us push back on the current census block information [used to evaluate] grant proposals. We continue to target neighborhoods in areas where we need additional data, but it really helped bolster our position in order to compete for money.

Corian discussed NCC’s May 2021 publication Broadband Mapping in the US: Local, State, and Federal Methods and Contradictions, reiterating the state’s important role in collecting usable data on access and adoption for local governments. Colorado’s state map is updated biannually with availability data sourced from providers. Residents can submit mapping feedback via email to oit_broadband@state.co.us.

You can watch the full meeting here and the presentation is available here.