The Link Between Labor and Broadband 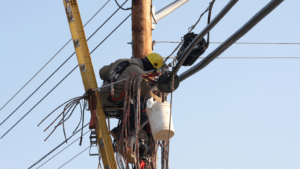 Many states and local governments view digital connectivity as a necessary prerequisite for economic development. Small businesses, agricultural production, and manufacturing all require broadband to conduct daily activities. The pandemic shed light on the many ways in which disparities in broadband access and adoption can impact employment opportunities, vocational training, and job searches. Both have a direct impact on which communities can meaningfully participate in a digital economy.

When PC Magazine ranked U.S. cities earlier this year to determine which were the best locations for remote work, it considered the minimum price for Gigabit broadband as 20% of the total score. Communities with municipal broadband, including Fort Collins, Colorado, and Chattanooga, Tennessee, ranked highly on the list. Though the national broadband standard currently remains 25/3 Mbps, funding is beginning to prioritize 100/100 Mbps projects.

Though important, prerequisites for universal connectivity, broadband availability and affordability alone are not enough to ensure robust participation in an increasingly digital economy. An August 2020 report published by the Federal Reserve Bank of Philadelphia found that the labor force participation rate was 27 percentage points lower for workers without a computer with broadband in Philadelphia compared to 21 percentage points nationally. Device access, digital skills training, technology support, and accessibility are all necessary to ensure that everyone has the tools they need to have access to high-skill careers and benefit from advances in technology.

The U.S. Department of Labor manages the Workforce Innovation and Opportunity Act (WIOA) program. Congress appropriates annual funding to the program, which is available for state and local governments to use for project planning, digital literacy and skills development, and broadband adoption programs. Additionally, WIOA State Plans are available in a searchable database, which organizes approaches by state and year.

Several states have housed their broadband office within their employment, commerce, or labor departments. For example, Florida’s Office of Broadband was established on July 1, 2020 and is housed within the state’s Department of Economic Opportunity. In February 2021, the office conducted a broadband availability and accessibility survey, which found that speed, reliability, and cost were the most important factors to the nearly 3,000 respondents. While just over 6% of respondents indicated that the type of technology providing broadband was an important factor, over half of respondents indicated that fiber would improve broadband accessibility in their community. The findings will help the Office of Broadband understand the current state of broadband availability and how Florida residents define broadband.

In other states, even where the broadband office is headquartered in another state agency, labor departments have joined in efforts to promote affordable service offerings such as the Emergency Broadband Benefit (“EBB”). In Colorado, Governor Polis’s office partnered with several state agencies, including the Department of Labor and Employment, to promote the EBB. Likewise, the Connecticut Department of Labor added a link to the FCC’s EBB page to the news and updates section on its website.

Some states have explored improving workforce preparation and digital skills training through broadband councils. For instance, the Illinois Broadband Advisory Council and West Virginia Broadband Enhancement Deployment Council were similarly directed to explore increased use of broadband service in education as well as career preparation and training.

Uniquely situated to support an increasingly technology-based workforce, state labor departments play an important role in ensuring that every resident and business can access, afford, and use high-speed broadband connections.