“I have seen Wilson evolve from “the World’s Greatest Tobacco Market” to “NC’s First Gigabit City”. We have continuously re-invested in public facilities. Years ago, our City Council saw fiber optics as the public infrastructure of the future and absolutely essential to impove the economy, provide jobs and improve our quality of life. Greenlight has been a great example of the benefits that community broadband can provide for a city.”

“The City of Wilson is proud to be a founding member of the Next Century Cities partnership. Bringing next generation broadband service to our citizens is the infrastructure challenge of the 21st century and local governments play an important role in providing infrastructure to our citizens. The Next Century Cities partnership brings together innovative municipalities from across the country so that we may learn from each other as we seek to ensure that all have access to fast, affordable, and reliable Internet.”

Wilson’s new network allowed the city to have a true, fast-as-light Internet connection. City officials began hearing from industries, schools, colleges, hospital and other agencies that were interested in tapping into this technology.

In 2006, officials began exploring the idea of expanding the fiber optic network to allow commercial and residential use, what is called a Fiber to the Home network that would run down every city street. The city asked private companies if they would be willing to build or partner in a FTTH network in Wilson. Ultimately, none of the private industries was willing to make that investment in Wilson.

After months of discussions and studies, the City Council unanimously voted in November 2006 to build a FTTH network in Wilson. The business plan and financing agreements were unanimously approved by the N.C. Local Government Commission’s executive commission in March 2007. Construction began soon afterward.

In May 2008, the city began signing up customers for the broadband services, now called Greenlight. Initial trials founds that 86 percent of customers preferred Greenlight to services they used previously.

In July of 2013 the City of Wilson became NC’s first Gigabit City by launching gigabit residential internet service. Currently, Greenlight is proud to provide service to over 7,000 members, and continues to grow, having already achieved the City Council’s initial goals. 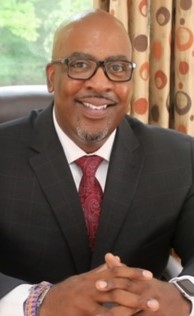