In 2007 the City of Columbus held a two day retreat to develop a Broadband Strategic plan. The participants consisted of leadership from the private sector, the government sector; (State, local, and county), higher education, Public Safety and neighborhood leaders. The purpose of the retreat was to formulate a roadmap on how we as a city could continue to be a leader in the 21st Century through the deployment and use of a fiber optics network.

The plan was built upon 4 principles. The first is to enhance safety, the second is to enhance economic development, the third is operational efficiency, and the last principle is to positively impact digital inclusion.

As a result, today Columbus has over 500 miles of fiber in operation with 200 additional miles planned in the near future. This fiber is going to most of our city-owned facilities, including City Hall, Recreation and Park facilities, also Police and Fire Stations. The City’s plan is to have fiber optics going to every city-owned facility and traffic signal the city manages.

The ultimate goal is to make Columbus one of the most connected cities in the nation and the world! 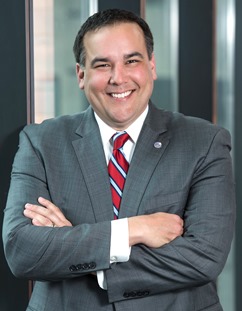