Although the City of Boulder has had no plans in place to create a public broadband utility or engage in new public-private partnerships, passage in November 2014 of a ballot measure (2c) exempting the city from state limitations on telecommunication services, has enabled the planning and future execution of new public initiatives to begin. The Boulder community would significantly benefit from more economical, higher-capacity broadband services, given the tech-savvy demographic, readiness for next-generation services, and publicly available fiber-optic infrastructure. As an initial step, a Broadband Working Group composed of community representatives has been established to aid staff in:

Aided by the Broadband Working Group, a visioning discussion began during the first quarter of 2015, with a draft vision statement completed in May. A formal RFP was issued in June to conduct a comprehensive Broadband Feasibility Study. The purpose of the study is to engage a highly-qualified and experienced consulting firm to assist in providing detailed, actionable guidance for the planning and implementation of a successful community broadband initiative. The results of this study are intended to contribute considerably to the achievement of the city’s broadband vision with the highest quality and greatest return for our community stakeholders. With a consulting partner anticipated to begin the project by mid-August, it is staff’s hope that preliminary findings and recommendations will be presented to the City Council late in the fourth quarter of 2015.

In the interim, the City has been analyzing the feasibility of small projects that would have a positive impact on public spaces, similar to the current availability of Wi-Fi in the Boulder Public Library. In April, the first such project – an outdoor public Wi-Fi network called “Connect Boulder” – began service in the downtown Civic Area. This and related projects would not be possible without the recent exemption vote. 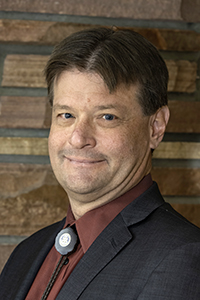