“I am convinced that fiber broadband is the next utility.  Fiber has the ability to make our cities more connected, more educated, safer, and more creative and business driven.  I am committed to using our fiber broadband prowess and ability to dramatically improve the City of Ammon as it looks to the future.”

“Not every city is going to apply fiber broadband in the same way, but the core fundamentals are always the same.  We can learn significantly about best practices by creating strong bonds of communication between broadband-driven cities.”

In 2009 the City of Ammon identified broadband telecommunications as a basic and essential service which could be cared for by a municipal utility. In 2010 the City began work on a City owned and operated fiber optic system which would provide broadband access to meet the needs of the City departments, public safety organizations, other publicly owned and operated facilities, community anchor institutions, businesses and residents.

Since then the City has installed more than 30 miles of underground fiber optic cable which serves the City’s operational and public safety needs. Additional system capacity is made available to Ammon area schools, businesses, residents and service providers as infrastructure.  Ammon’s fiber to businesses and residents is open-access to all service providers, which increases competition and reduces overall cost to consumers.

The City of Ammon is particularly interested in advancing public safety through the use of its fiber infrastructure. In 2012, the City was awarded a National Science Foundation grant to demonstrate network slicing for emergency communications in partnership with the University of Idaho. Today the City is a phase 2 contestant in the National Institute of Justice’s Ultra High Speed App Challenge.

The City of Ammon is working to further develop the open-access model by opening up the infrastructure through virtualization for the benefit of service providers and their subscribers.  The City is also utilizing its infrastructure to encourage development of other technological innovations, turning Ammon into a regional tech hub. 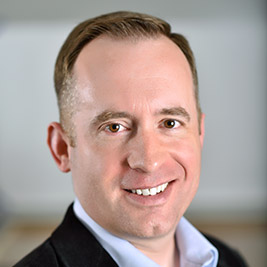