By Nairobi Cratic, a 2L in the Class of 2022 at the University of Wisconsin Law School, who has worked on technology and telecommunications policy issues as a staffer in the U.S. House of Representatives. 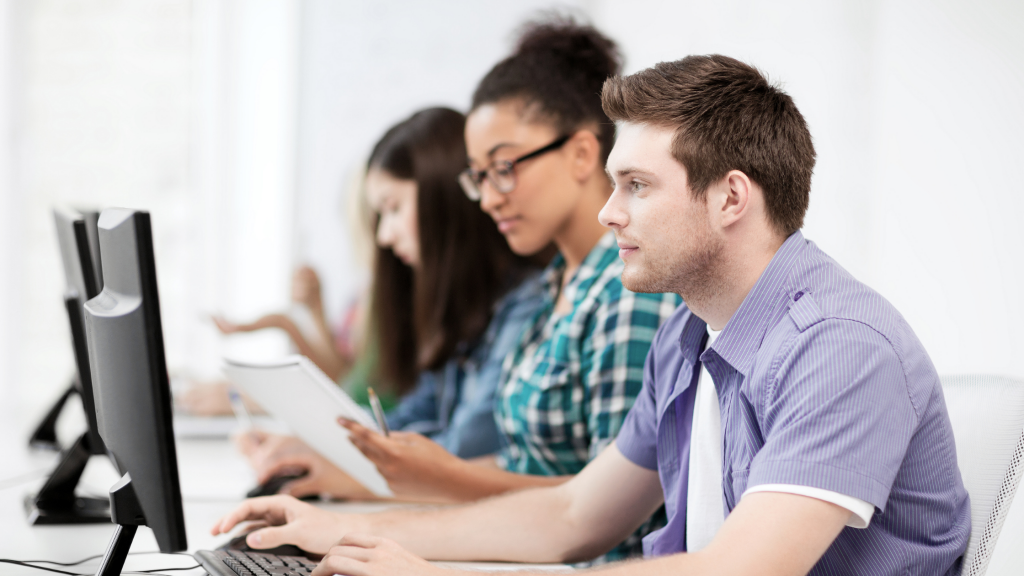 According to New America’s 2020 Cost of Connectivity Report, the average price of internet in the United States is $68.38/month. Despite the United Nations declaring internet access a human rights issue nearly ten years ago, for millions of Americans, the internet is not affordable, accessible, or reliable, and COVID-19 has only exacerbated the already dire need for a national broadband plan.

As a second-year law student with virtual classes, I witness classmates who tether iPads to their laptops to boost spotty internet, drive to hotspots and sit in their car for class, and use the phone option to call into class, preventing them from seeing Powerpoints displayed by professors or using the chat function to ask questions. Even professors fall victim to frozen screens and poor connections, making it difficult to learn already complex legal topics.

Internet issues extend outside of the classroom and into missed internship interviews, for example, with some employers who do not consider inconsistent internet an acceptable excuse. Professors have become more flexible by not requiring cameras to be on during class and recording classroom sessions, however, there is only so much that an institution can do to support its students without affordable and reliable broadband.

Broadband plans and discussions tend to sway towards rural deployment, however, there are many in cities across the country who do not have access to affordable and reliable broadband.

In 1985, President Ronald Reagan created the Lifeline program to subsidize phone service for low-income Americans. It was expanded to include an internet subsidy in 2016. In 2017, many major telecommunications providers pulled out of the Universal Service Fund’s (a fund to increase access to telecommunications for all Americans) Lifeline program, as they planned to offer their own low-income internet service options.

Students like me, who participate in Medicaid, also qualify for the Lifeline subsidy. However, the eleven companies which offer Lifeline in Madison, Wisconsin, do not offer broadband, leaving us to search for other options.

My school recommended that I sign up for Access. I tried, but since I do not have children, I do not qualify using the latter options. In Wisconsin, to qualify for SNAP, an applicant must work a minimum of twenty hours per week (or eighty hours a month). As a result of being childless and unable to work twenty hours a week in addition to my class schedule and internship, the Access program is not an option for me.

I also tried to sign up for Spectrum Internet Assist, a more popular telecommunications provider in the state of Wisconsin. That program requires participation in the National School Lunch Program, Community Eligibility Provision, or Supplemental Security Income (SSI), making me unqualified. Spectrum does offer sixty days free for new households with educators or students, including college students, but not graduate students. 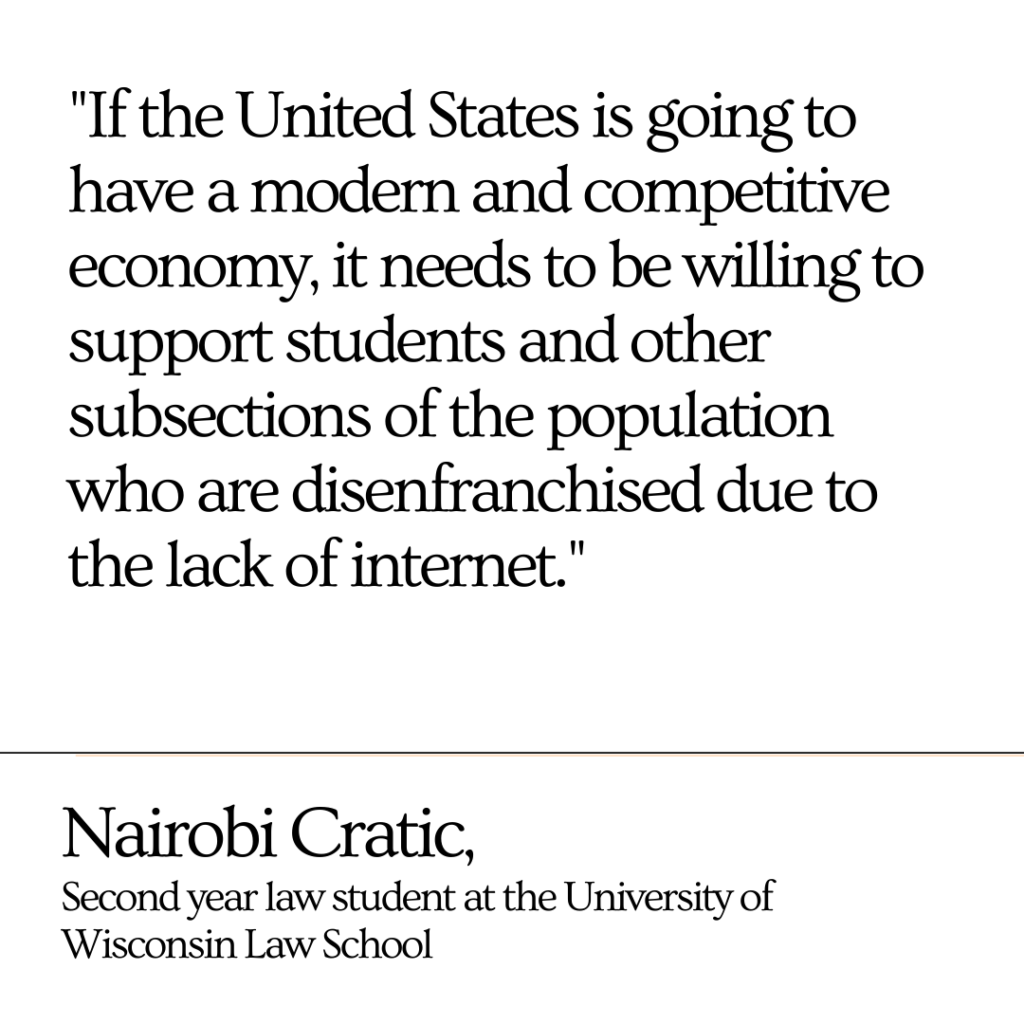 If the United States is going to have a modern and competitive economy, it needs to be willing to support students and other subsections of the population who are disenfranchised due to the lack of internet.

At the direction of Congress, the Federal Communications Commission (FCC) released a National Broadband Plan in 2010 with an expected roll out date of 2020.The COVID-19 pandemic has exposed the many ways that we have fallen short of those goals when, in 2018, nearly 18 million Americans still did not have internet at all.

It is imperative that the next administration make broadband expansion more than a goal but a reality for the entire country. There are millions of residents, including law students, in Wisconsin and otherwise, where access to the internet is critical to our day to day lives. Yet, we do not have options that do not include affordable monthly rates, steep upfront costs, or acceptable minimum speeds. For too many of us, that means being locked out of educational, economic, and other opportunities.