What Washington’s HB 1336 Means for Municipalities Across the U.S. 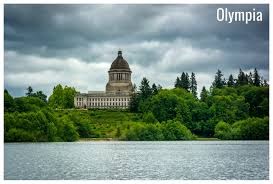 Society has increasingly moved online over the past several years. Ensuring that everyone living in the United States has reliable, affordable, high-quality, and resilient broadband access has become not only an aspirational goal, but a necessity. Some communities where high-quality broadband infrastructure is not available to all residents have taken matters into their own hands, building and maintaining their own fiber networks and bringing gigabit speed service to their communities.

Municipal broadband providers often offer gigabit or higher speeds at lower price points than traditional providers. For example, Longmont, Colorado’s municipal broadband service, NextLight, was ranked the fastest in the region in 2020 after being ranked one of the most affordable providers in the nation in 2019.

Municipal providers generally offer transparent pricing and sell service in symmetrical speed tiers, meaning that subscribers can expect outgoing internet traffic to move equally as fast as incoming traffic. Several municipal broadband providers are also addressing affordability. Chattanooga, Tennessee’s broadband service through EPB, an electric power distribution and telecommunications company owned by the City, offers a discounted service at the same speeds as non-discounted service for families with children who are free and reduced lunch recipients. At the same time, EPB is prevented by state law from offering service at a loss or using cross-subsidization on its service.

While municipal providers offer a wealth of benefits to their communities, they often face numerous barriers to deployment compared to private sector counterparts. Since municipal providers often serve the areas that remain unserved by private service providers, getting access to their residents is often a time-sensitive endeavor. Local leaders who pursue municipal broadband paths are often faced with legal opposition, political headwinds, and funding obstacles even though the networks that they ultimately create offer a wealth of benefits for the communities they serve.

Though two states repealed their municipal broadband restrictions last year, local networks remain roadblocked in at least 19 states. A handful of states entirely prohibit municipalities from offering broadband service, but most impose either competitive or bureaucratic barriers rather than outright prohibitions. This year, Washington could count themselves among the states that repeal their municipal broadband restrictions.

Washington’s HB 1336 would clear the legal pathway for all public entities in the state to provide broadband service. Drew Hansen, one of the bill’s prime sponsors, points out that, “The last year has caused everyone to realize that high-speed broadband internet access is not some optional add-on, but a basic requirement of modern life. We rely on the internet for remote school, remote work, remote doctors’ appointments – remote everything.”

On February 2nd, Next Century Cities joined a coalition of allied organizations in a letter supporting the proposal. Other states with similar prohibitions should consider adopting legislation that reduces the barriers for local governments to pursue connectivity solutions. At a time when connectivity gaps undermine remote learning, work from home opportunities, telehealth program effectiveness and COVID-19 response efforts, local governments should be able to use every tool at their discretion to develop networks and the requisite partnerships to provide reliable, affordable broadband service for their residents.