In each Ten Minutes with a Changemaker segment, members of the Next Century Cities team sit down with a local, state, or federal representative to explore broadband access in their respective communities. On June 10, 2020, we interviewed U.S. House Majority Whip James Clyburn. You can watch his full interview here. 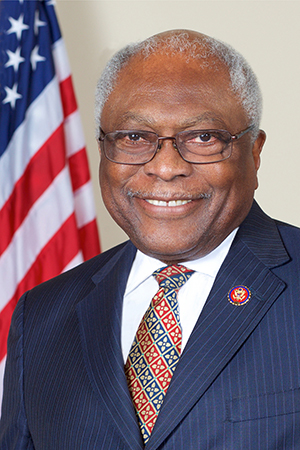 James E. Clyburn is the Majority Whip, the third-ranking Democrat in the United States House of Representatives, and currently serves as the Chairman of the House Select Subcommittee on the Coronavirus Crisis.  He is also the Chairman of the Rural Broadband Task Force and Democratic Faith Working Group.

Representative Clyburn has served in Congress since 1993 representing South Carolina’s sixth congressional district. Congressman Clyburn was elected co-president of his freshman class and quickly rose through leadership ranks. He was subsequently elected Chairman of the Congressional Black Caucus, Vice Chairman, and later Chairman, of the House Democratic Caucus. He previously served as Majority Whip from 2007 to 2011 and served as Assistant Democratic Leader from 2011 to 2019.

Representative Clyburn answered the questions below, framing our discussion.

What are examples of how the digital divide has manifested itself in your district?

Affordable, high-speed internet service is an essential service, and it is unacceptable that 193,000 households in South Carolina do not have access to it.

For example, the South Carolina Department of Education tells me that more than 40,000 children have not been able to participate in distance learning since the crisis began.

Additionally, high-speed internet service is critical in providing healthcare access for rural households in South Carolina, where four rural hospitals have closed in the past decade, and access to mobile testing and contract tracing, essential tools for combatting COVID-19.

What do you want your constituents to know about Congressional efforts to expand access to high-speed connectivity?

Unfortunately, the federal government continues to consign rural America to second-class internet service, which is why I formed the House Rural Broadband Task Force to invest over $86 billion for robust infrastructure funding for high-speed, affordable broadband internet service in South Carolina and across the nation.

Last month, I also introduced the Rural Broadband Acceleration Act, bipartisan legislation that directs the Federal Communications Commission (FCC) to fund shovel-ready, high-speed internet projects immediately, so consumers can access broadband within a year. Shortly after introducing the legislation, I led a letter, that was signed by the entire South Carolina Congressional delegation, to House and Senate leadership calling for the inclusion of robust measures to invest in the expansion of internet access in any upcoming stimulus package to address the COVID-19 pandemic. 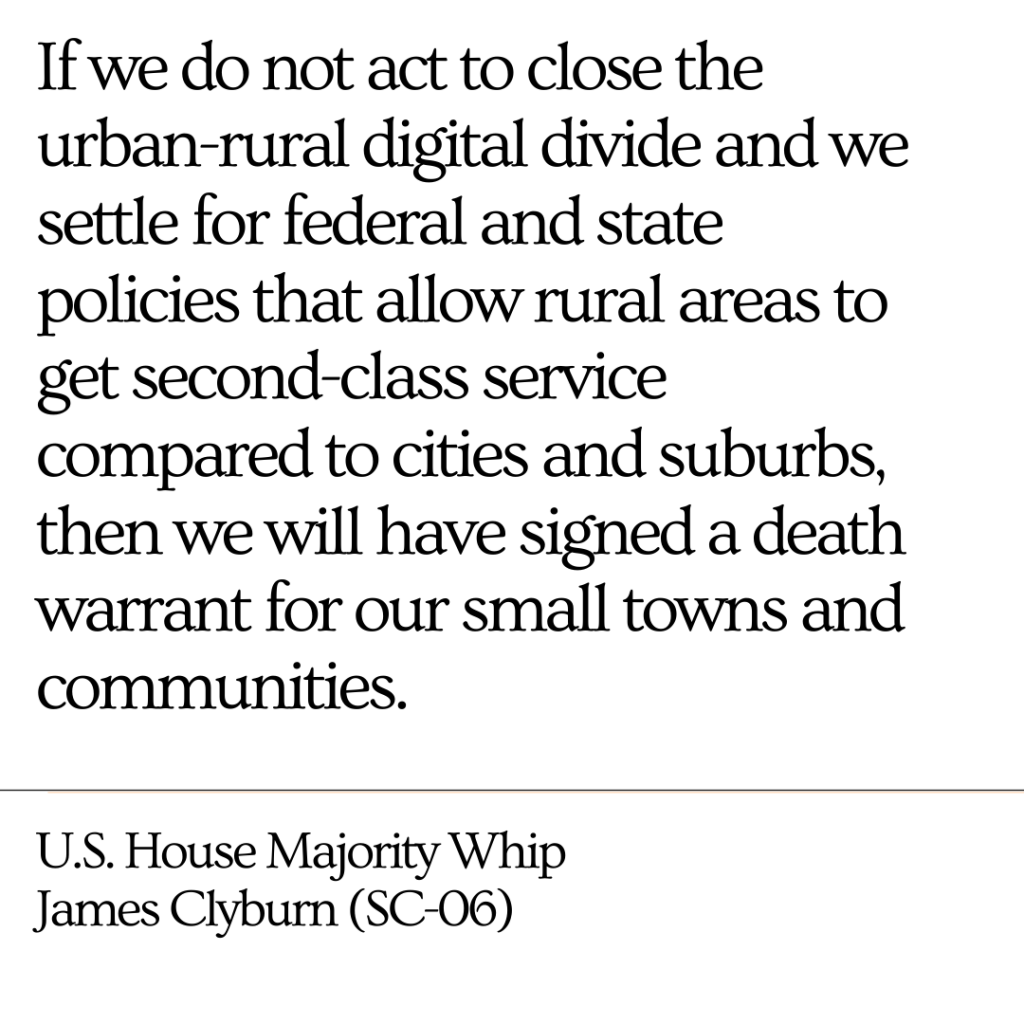 Should universal broadband access be a national priority? If so, what would it take for us to achieve that goal?

It absolutely should be a national priority. The House Rural Broadband Task Force believes that world-class, high-speed internet service should be affordable and accessible to everyone, and we are dedicated to pursuing solutions that will bring high-speed internet access to all Americans by 2025. We expect the House of Representatives to include our comprehensive plan in any future infrastructure package, which will set the country on the path to achieving this ambitious but urgently necessary goal.

What is the cost if we are unable to address the digital divide?

The COVID-19 crisis has exposed the severity and magnitude of the rural-urban digital divide. Telework, telemedicine and distance learning are impossible in South Carolina’s rural areas without high-speed broadband.

If we do not act to close the urban-rural digital divide and we settle for federal and state policies that allow rural areas to get second-class service compared to cities and suburbs, then we will have signed a death warrant for our small towns and communities.

Next Century Cities is committed to bringing awareness to broadband issues present in communities around the country and elevating those concerns to the national stage in order to effect positive change. To learn more about what we are doing to expand broadband access, check out our news updates.