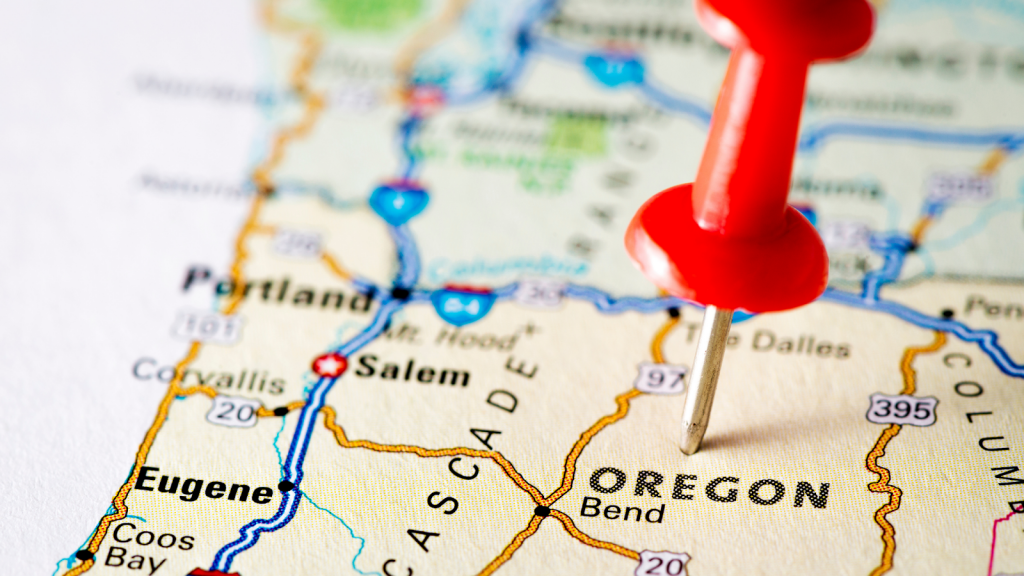 Oregon’s physical landscape is diverse. Well known for its rugged coastline and lush valleys, it comes as no surprise that Oregon often ranks in the top ten most beautiful states in the country. The Beaver State’s topography, while gorgeous, presents challenges for building broadband infrastructure.

It is well documented that rural areas and those with hills and canyons are the most expensive and difficult pockets of the United States to connect with wireline broadband infrastructure. At the same time, consumers bear the high cost of broadband connections when there is no wireline access, both directly in the form of higher prices and data caps and indirectly because of slower speeds and higher latency. At a time when many people across the country are working from home, broadband service quality is more tied to economic prosperity now than ever before.

Adequate broadband mapping is necessary for communities to receive the funding they need to provide their residents with high quality affordable broadband. Business Oregon’s state broadband map relies on data reported through the Federal Communications Commission’s Form 477, which overstates broadband access. To address the disparity between Form 477 reporting and the on the ground experience for people living in the state, Oregon’s Broadband Office sought input from Strategic Networks Group, which began filling in some of the gaps in broadband mapping. The results of the study were documented in a report made available in January 2020. In addition to internal statewide work, Oregon is participating with the National Telecommunications and Information Administration on its National Broadband Availability Map initiative.

Christopher Tamarin, Broadband Outreach and Strategic Planning Project Coordinator for Broadband Oregon shared the objective for the Oregon Broadband Map: “Our vision for the Oregon Broadband Map www.broadband.oregon.gov is to be a platform for data collected to track the availability of broadband services, measure progress, provide related information and provide public access to the data. The map is searchable by city, county, tribal lands, specific address, or point selection on the map.”

The State of Oregon is one of many entities seeking better information about broadband availability for residents. Local partnerships have transformed the way that Oregonians articulate the need for broadband in their communities. Five years ago, Eugene, Oregon’s internet was the 22nd slowest in the state. While community members who lived with slow speeds understood their experience, it took quantifying that disparity in numerical terms to enable community leaders to transform Eugene’s networks to some of the best in the country. As a result of those efforts, Eugene partnered to develop a nation-renowned open access fiber network, EUGNet.

Local officials in Eugene partner with Speedup America, which empowers local communities to organize local speed test surveys and transforms crowdsourced data into an interactive broadband availability map charted by census block. Speedup America is currently available in Oregon, Washington, and Idaho, but with additional funding or volunteer developers, the initiative could expand to other states and enable more local leaders to better understand and articulate their community’s need for reliable, high quality broadband.

Eugene’s mapping efforts have not only helped local officials understand the need for broadband in their community on a granular level, but also helped articulate the need. On August 19th, Emerald Broadband, a Eugene-area provider, received the largest single award from the Rural Broadband Capacity of Business Oregon of $1.6 million. The funding will enable Emerald to expand its fiber network to 2500 residential customers, an elementary school, and four fire stations.

For local governments, investing in the tools and resources to better understand the need for broadband transforms into actual dollars and cents, enabling more complete and articulate funding proposals. States and the federal government can similarly benefit from improved mapping because it provides a cornerstone of information that facilitates thoughtful and need-based spending. By improving public information about broadband availability, state and local leaders can work together to ensure that everyone living in Oregon shares in the beauty of digital connectivity.