From Picturesque Landscapes to Precision Agriculture; Mapping the Digital Divide in Montana 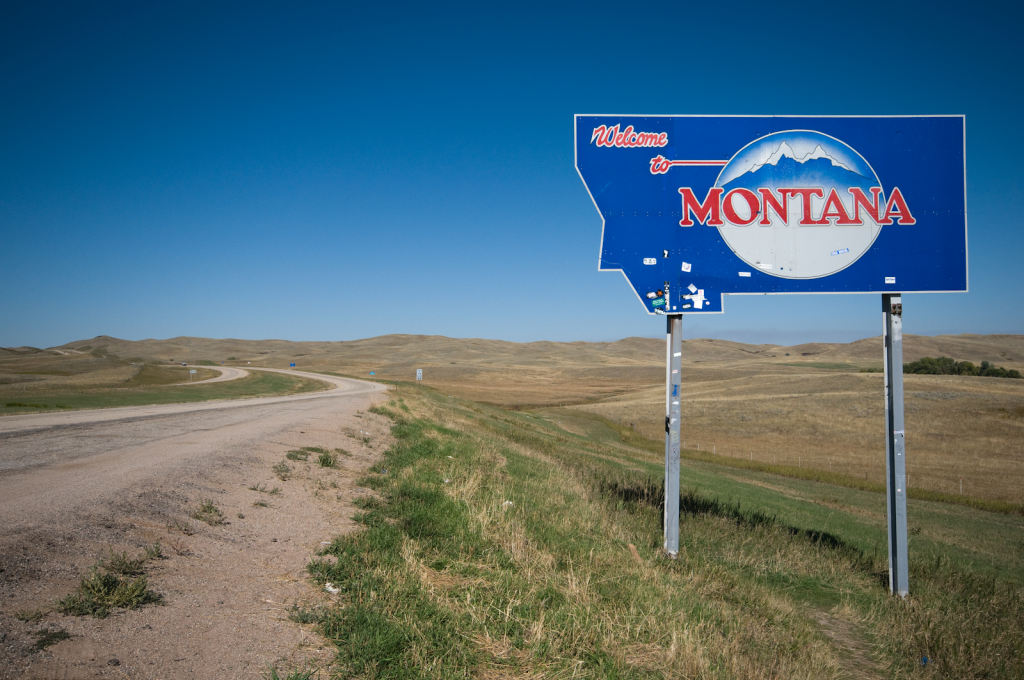 Across the country, Montana is known for its sprawling wilderness and rich mineral deposits, capturing the nickname of the “Treasure State.” While Montana is rich in beauty, it lacks connectivity for its residents, where only 78% Montanans have a home broadband subscription. Over one million people live across the state, and the Federal Communications Commission approximates that 86% have access to high speed broadband. State officials, local officials, and residents in Montana believe this number is artificially high.

When asked to describe Montana, many Americans would visualize rolling pastures, expansive forests, and gorgeous mountain ranges. In this description, one thing would be missing: a sprawling metropolis. With the state’s largest city only being home to 109,000 people, Montana is the 48th most densely populated state in the United States. While this lack of density creates for beautiful landscapes, it also complicates physical and financial barriers to accurate broadband mapping and deployment for internet service providers and its government.

Montana also places 48th in another nationwide ranking: fastest broadband speeds. A study conducted by HighSpeedInternet.com found that customers in Montana averaged speeds of 30.1mbps, slower than every state except Alaska. Although this speed does surpass the Federal Communications Commission minimum speed of 25/3, it is not available to everyone.  Additionally, census blocks, which are used to measure broadband availability, in some states may be no larger than one city block. Montana’s can stretch for miles, marking countless residents as “served” who are far from being connected.

In recent years, mapping has caught the attention of policymakers at all levels of government, including Montana’s Senior Senator, John Tester. With the mapping debate ongoing in Congress, the Senator said, “I got to hear a lot of conversation about the maps. The maps stink, basically. We need to kick somebody’s ass, truthfully.” For Senator Tester and over one million Montanans, something needed to change.

In Bozeman, MT, local officials and community leaders decided to create their own connectivity solutions in the absence of state and federal leadership. After declaring broadband “essential infrastructure,” the City worked to develop a GIS map of broadband availability for their over 48,000 residents. Specifically, the City wanted to ensure decision makers knew where every inch of city-owned conduit and fiber assets were laid. Access to this information helped to ensure that decisions were more effective and efficient in closing the digital divide for Bozeman residents.

Municipal officials are not the only group of Montanans working overtime to accurately map and deploy broadband to Montana’s communities. Across the state, over 58,000,000 acres are operated daily for agribusiness with an industry that creates billions of dollars in revenue each year. As agribusiness continues to advance in the 21st century, precision-agriculture and technology assisted farming are more important than ever. In rural regions of the country, farmers often operate some of the most advanced and broadband-dependent technology in the community. Recognizing this issue, the Montana Farmers Union has come together to pressure elected officials and candidates in the 2020 election. In a recent town hall, the union brought together the U.S. Senate and House of Representatives candidates to press them on their plans to map access in Montana. Without accurate maps, these farmers could be excluded from federal funding to revolutionize their farming practices and increase revenue, especially during the COVID-19 pandemic.

Another group of Montanans falling victim to inadequate maps and insufficient broadband deployment are patients using telemedicine. Montana’s veterans have experienced this firsthand as appointment requests for the Montana Veterans Affairs hospital have tripled during the COVID-19 pandemic. However, the U.S. Department of Veteran’s Affairs only operates one medical center to service the entire state, requiring many veterans to utilize telehealth services for video appointments, or phone for those without broadband access. As a result, the Veterans of Foreign Wars are benefitting from this new focus on telehealth to emphasize the importance of universal broadband for every community. Their work is drawing attention to the issue, especially for Veterans Affairs officials. But without accurate mapping, communities with high veteran populations may miss out on telehealth funding from the Universal Service Fund that could help provide broadband for populations in need.

Across Montana, local officials and community leaders have been working for years to measure which residents are and are not connected. The COVID-19 pandemic has shown that this issue can no longer wait, but must be addressed with a sense of urgency to protect the health and economic security of the people of Montana.

Local and state officials are working to identify which industries that will most benefit from fast, affordable, and reliable broadband, and pursuing any means to secure that access. As we look past the current national emergency, veterans, farmers, local leaders, and dedicated citizens in Montana will continue to demand accurate maps and a more connected future.