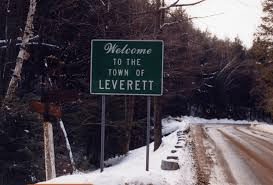 The lack of broadband Internet access caused residents across the nation to struggle with telework, distance learning, and community development long before the COVID-19 pandemic forced our lives online. The residents in Leverett, Massachusetts, are all too familiar with those challenges.

As Robert Brooks, one of three members of the Leverett MLP Board, explained “we are adjacent to the town of Amherst, Massachusetts where the flagship university and Amherst College are located. We have a fair amount of professors that live in the area, and they couldn’t work from home.”

Before LeverettNet the best offerings the town had were dial-up. LeverettNet is a Fiber-optic-To-The-Home (FTTH) broadband network owned by the Town of Leverett. This network provides symmetrical gigabit speed connectivity to every home in Leverett.

Brooks also highlighted the distance learning obstacles, noting that “our students were at a huge disadvantage with respect to getting homework done, because a lot of the homework would frequently require Internet access.” According to Brooks, not having broadband internet put Leverett at an economic disadvantage. In his words, “It started becoming a significant problem in town because houses weren’t selling. People just didn’t want to move to town as the Internet access became an increasingly important issue.”

So what did they do?

They started doing research into bringing better broadband to their community. Brooks stated, “We actually contacted a lot of the incumbents and effectively begged them to come. For the most part their response was ‘your population density is too low, we can’t make money.’ At that point, we realized we’re screwed because we can’t rely on anyone to do it.”

At the same time, the Broadband Technology Opportunities Program and Middle Mile in Massachusetts were working to deploy fiber drops in towns in western Massachusetts, including the Town of Leverett. From there, Brooks explained why they took it upon themselves to make sure they had the cost figures in place and addressed concerns that residents had with deployment. This helped to ensure that any town vote on last mile deployment would pass.

“We knew this was something we needed to do, and that’s how we got where we are,” said Brooks. “When the build was completed in 2015, every home in Leverett had access to a fiber connection.” The build was completed, in part, thanks to a $766,000 Last Mile grant from the Commonwealth of Massachusetts.

Now, one year into a global pandemic that has transferred much of our daily lives online, Leverett made the transition easily. “We’ve had no trouble with our network. We haven’t had to up our capacity or get more backhaul. Our usage has gone up, but it hasn’t been a problem.”

Moving forward, Leverett has worked to improve their network by signing a peering agreement with nearby town, Shutesbury. This agreement ensures that if a fiber cut ever occurs, the residents of Leverett will not lose Internet access.

Leverett faced many of the same broadband challenges that communities face long before the digital divide was national news. In building their own network, it unknowingly future-proofed their community. making it slightly easier to weather the COVID-19 digital transition.