In Waltham, Massachusetts, the Struggle For High-Speed, Affordable, and Reliable Broadband Must Be One That Promotes Digital Equity, Social Justice, and Democracy 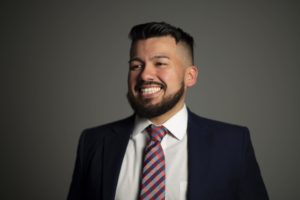 Jonathan Paz is a Ward 9 City Councilor in Waltham, Massachusetts. Boston born and Waltham raised, his engagement with and deep focus on Waltham’s working classes provides him with a critical understanding of the role that equitable broadband access and adoption can play in residents’ economic and social well-being.

On July 21st, 2021, Councilor Paz provided keynote remarks at Next Century Cities’ virtual conference. He described the City of Waltham as a blue-collar city with a sizable population of Central American and Ugandan immigrants. Approximately 50% of its student population needs support with English language learning. Addressing digital inequities competes with other local priorities related to expanding affordable housing options and improving food security.

During the COVID-19 pandemic, at least 10% of Waltham students did not have Internet access. Thanks to a multi-year public-private partnership, school administrators and City leadership were able to distribute hundreds of new hotspots and Chromebooks to students in need. However, as Councilor Paz cautioned, Waltham’s connectivity needs go beyond education. “We had our seniors who didn’t have access to technology. They don’t even know how to, you know, navigate Internet Explorer.” The city needed a broader, more ambitious solution to its digital divide.

Councilor Paz championed efforts to deploy public Wi-Fi networks, creating a Digital Commons at several key points across the city from points of public transit to playgrounds. For low-income residents, local officials evaluated whether mesh networks should be used on public housing properties. Additionally, Councilor Paz led the four-month campaign to explore whether the City should invest in a municipal broadband network.

Local leaders in other municipalities may not have been surprised to hear that Councilor Paz’s efforts were met with a lackluster response. “Why are you so persistent about giving people free stuff? Why can’t they just work harder and pay for their internet service like everyone else?” These are a few examples of the resistance. Especially when municipal budgets are depleted, obtaining financial support for broadband programs can be an insurmountable challenge.

Councilor Paz reflected, “There needs to be a community led effort, and we need community education and leadership as to how broadband works.” Citing a quote by Laila Watson, he continued, “If you have come here to help me, you are wasting your time, but if you have come because your liberation is bound up with mine, then let us work together.”

Improving broadband access and adoption is an intersectional issue for communities of all shapes, sizes, and geographic locations nationwide. A new community group called High Tech Waltham became a vehicle for educators, neighbors, and subject matter experts with varying backgrounds and objectives to organize events like a digital equity town hall.

In conclusion, Councilor Paz invited attendees to unite in the following call to action:

We need to do much more than just advocate for broadband. Can the struggle for high-speed affordable and reliable broadband be one that promotes democracy and not derails it? I know this is a loaded question, and I believe broadband is part of not just our country’s infrastructure, but the social infrastructure of our time. This is a movement for digital equity and justice. Let us remember that as we work together, as we advocate together, and as we push together for a more digitally united world. I hope you agree.

Next Century Cities works to elevate local officials and community leaders who are committed to expanding broadband opportunities for every resident in every community. The digital equity initiatives at work in Waltham, Massachusetts, are emblematic of the progress and ongoing connectivity challenges in other municipalities.