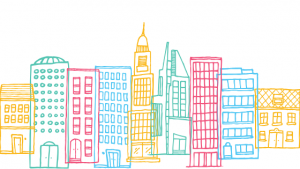 What’s the problem? It is well-documented that millions of Americans still do not have access to broadband. While the Federal Communications Commission (FCC) estimates that 18 million people do not have access to 25/3 Mbps minimum speeds, the underlying data is notoriously flawed. Independent research indicates that the number of Americans who lack reliable access to the FCC’s definition of broadband is closer to 162 million.

Broadband access, or the lack thereof, has a direct impact on educational outcomes, economic mobility, access to healthcare, and the ability to access real-time information. Before the coronavirus (COVID-19) gripped the nation, up to one-third of the US population did not have the requisite connectivity to engage in online learning programs, fill out a loan application, or participate in telehealth programs from home. As unemployment continues to rise and an economic recession looms, providing connectivity solutions for disconnected households has only become more urgent.

Why are so many people disconnected? There are ongoing obstacles to broadband deployment, access, and adoption. For instance, the lack of competition in the US marketplace has contributed to high prices as providers have natural incentives to invest in communities that promise higher returns on their investment. As a result, densely populated areas and populations that can afford to pay are more likely to have more choices in network and services. Areas that are sparsely populated, low-income, or remote often have fewer choices and inferior network reliability.

Particularly in low-income households, affordability remains a significant barrier to adoption. Families who are living paycheck to paycheck or struggling with cycles of poverty may not be able to maintain subscriptions to broadband. In rural communities, because it is costly for providers to install the requisite wireline and networking equipment, residents pay high prices for slower speeds and less reliability than their urban counterparts. As of 2019, approximately 20% of Indigenous households living on Tribal lands still did not have broadband access of any kind. Notably, many Indigenous households and those in other marginalized communities rely on their cell phones for broadband, even more so when COVID-19 schools and library closures have eliminated public access points.

What should we do about it? Teach communities to build their own WiFi networks. WiFi networks are not a replacement for fixed broadband, but could provide a much-needed solution in disconnected communities that want to be self-sufficient. Importantly, having reliable, public WiFi access gives residents that would otherwise be left behind meaningful opportunities to participate in a digital society.

It is also worth noting that the FCC recently proposed a new lane for  WiFi traffic in the 6GHz frequency range which will help strengthen WiFi networking and increase speeds. Spectrum can increase the capacity of mobile networks and can carry large amounts of data. If the proposed rules are adopted, that would multiply the amount of spectrum available for WiFi, providing new opportunities for communities who know how to tap into spectrum resources.

Are there successful models in the US? Yes, wireless mesh and public WiFi networks are incredibly valuable in both urban and rural settings. For example, NYC Mesh set out to provide affordable and secure internet access for New York City residents. The project, supported entirely by donations and volunteers, has deployed hundreds of antenne across the city. In Vermont, volunteers associated with the Vermont Digital Economy Project developed WiFi zones as well as individual hotspots in towns across the state. A project born out of disaster relief efforts promoted economic resiliency in rural communities that would otherwise remain disconnected. These models can be replicated in other unserved and underserved communities.