Get to Know Us Through Our Favorite Cities: Ryan 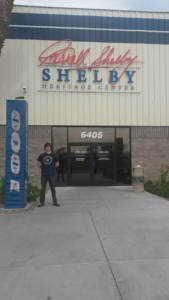 Next Century Cities staff answered questions about some of their favorite things and the cities associated with them. Read Ryan’s responses below.

What is the city your favorite book is set in?

My favorite book is “Ready Player One” which is set in a few different cities the two main ones being Oklahoma City and Columbus, Ohio. There’s also a ton of virtual worlds that the book takes place in, but those aren’t really cities; they just really appeal to my inner tech nerd.

In what city did your favorite food dish originate or in what city have you had your most memorable meal?

This is an easy one. My favorite meal was in a seafood restaurant in Bar Harbor, Maine called the Thirsty Whale. At the time they served a pot of just about every type of seafood available in Bar Harbor. It was the best fresh seafood that I have ever had. No seafood dinner I’ve had since even remotely compares.

What city is your favorite musician from?

My favorite artist is August Burns Red, a metalcore (subgenera of heavy metal) band from Manheim, Pennsylvania. Lancaster County has had a really robust metal scene for as long as I can remember, and August Burns Red has been a staple in my music collection since I was in highschool.

In what city does your favorite movie or television show take place?

My favorite movie is the 2005 adaptation of the Hellblazer comics called “Constantine.” The film stars Keanu Reeves and takes place in Los Angeles. By all accounts the fim isn’t “good,” but is a really cool hybrid of theology and film noir, I think at least.

What city is your favorite sports team based in?

My favorite sports team is actually not based in the United States, but in Milton Keynes in Buckinghamshire, United Kingdom. This is the home base for the Red Bull Formula One Racing team. I’ve loved motorsport for a long time and Red Bull has always had some crazy drivers.

What is a song that you associate with your hometown/city?

My hometown is New Holland, Pennsylvania. In 2009, someone wrote a parody of “Empire State of Mind” entitled “New Holland State of Mind” that got a lot of attention nationally. (I’m pretty sure CNN did a story on it). Because it was the only cool thing to happen in my hometown ever, that always stuck with me.

In what city was your favorite concert and/or festival located?

So, I noted that my favorite band August Burns Red is from Manheim. In 2010, they played a show that was filmed and put out on DVD. It was the largest concert that I have ever been to and every band that played absolutely killed it. I ended up on camera at the very end of the night. Being immortalized by one of my favorite bands was just epic.

The photo above was taken outside of the Carroll Shelby Museum/Shelby Factory in Las Vegas.