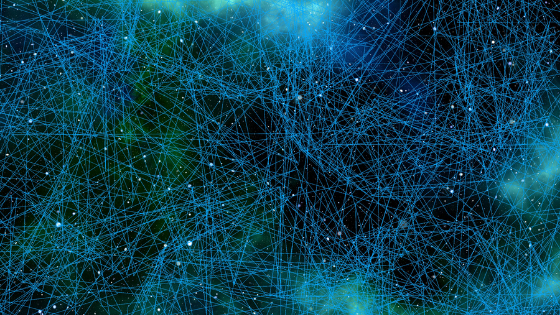 On April 24, 2020, the Federal Communications Commission (FCC) released their biannual Broadband Deployment Report. Under Section 706 of the 1996 Telecommunications Act, the FCC is required to “determine whether advanced telecommunications capability is being deployed to all Americans in a reasonable and timely fashion.”

This year’s report highlights the FCC’s conclusion that it has deployed advanced telecommunications on a reasonable and timely basis by removing barriers to infrastructure investment and promoting competition. Using Form 477 data, the Commission claims at least 85% of Americans have access to fixed broadband services at speeds of 250 Mbps downstream and 25 Mbps upstream. This conclusion is inaccurate and alarming.

Form 477 data is inherently flawed. Current procedures for submitting Form 477 data allow broadband providers to self-report on the locations they service and speeds they provide without any independent verification. Further, if at least one person in a census tract is able to be served the entire tract is considered served. These shortcomings in data collection allow providers to paint a much more optimistic picture of where broadband is available, blurring areas where it is not. Independent research shows that millions of people do not have access to affordable or reliable broadband connections, and to claim otherwise undermines the Commission’s efforts to close the digital divide.

The Commission also concluded “that fixed services with speeds of 25/3 Mbps continue to meet the statutory definition of advanced telecommunications capability; that is, such services “enable users to originate and receive high-quality voice, data, graphics, and video telecommunications.”

Local accounts reveal a different story. Residents who are struggling with reduced speeds and stalled connections have explained why the minimum speeds are inadequate and cannot sustain prolonged use under heavy strain. In fact, since the start of the public health crisis median download speeds have dropped 7.6% nationwide. As Next Century Cities has argued before, the current 25/3 standard cannot support multiple telecommuting and distance learning activities in one household. For example, Denise Riedl, the Chief Information Officer of South Bend, Indiana, urged the Commission to increase national minimum broadband speeds. She stated that the residents of South Bend do not alway have access to the current minimum speeds even their Internet Service Providers (ISPs) advertise speeds at or above the minimum. In South Bend’s view, an increase would force providers to provide faster speeds which, in turn, would reduce strain on consumers and boost confidence in prolonged use of network connections.

Additionally, the Commission stated that “the speed required for the applications that most broadband consumers use has not changed substantially . . . and actual subscriptions have not yet consistently surpassed the benchmark level.” It claimed that 6.5 million additional unique homes gained access to fiber broadband service in 2019. Given the inaccuracy of Form 477 data, this statistic may be unreliable, and the Commission did not detail surefire ways to certify the underlying data.

The Broadband Data Act emerged because of a universal consensus that the FCC’s data collection process needed to be improved. It requires state, local, and Tribal governments to collect the data to be used in creating new broadband maps, noting that the procedures for the data submission are to be crafted by the Commission. This is an opportunity for the agency to work closely with state and local officials to create submission procedures that include challenge processes that are easy to use and promote participation among state and local governments in addition to industry stakeholders and consumers as well. Only by collecting a totality of the information will the FCC get an accurate depiction of broadband deployment across the nation.

Finally, the Commission argues that the Form 477 data “remains the most comprehensive data” available to complete the Section 706 inquiry required. However, anything can be “most comprehensive” if it is the only data set that is used. Next Century Cities has been working diligently to show that even if broadband connectivity is increasing, there are still numerous communities that lack affordable, reliable broadband or Internet connectivity altogether. Accurate mapping data is essential for ensuring that unserved and underserved areas are ultimately able to expand broadband access to every resident.