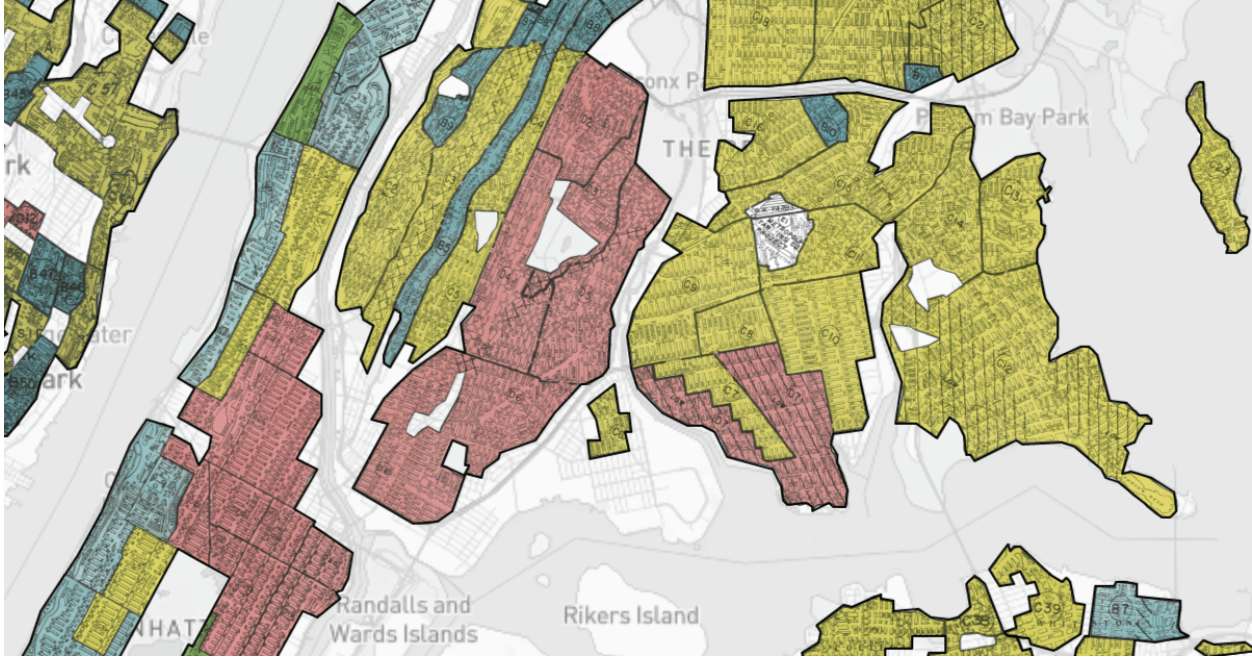 The digital divide has been present since the nationwide rollout of consumer Internet plans in the 1990s, but certain communities entered the Internet age in a position that would disadvantage them for years to come.

These communities have fallen victim to a decades-old practice – redlining. In effect, it prevents countless Americans from having access to fast, affordable, and reliable broadband for reasons outside of a customer’s control.

Amid the Great Depression, the U.S. Congress created the Home Owners Loan Corporation (HOLC). This new agency was tasked with providing low-interest mortgages to support the ailing American economy. HOLC created maps that guided public and private banks on where to invest in housing and community development and ranked neighborhoods based on the likelihood of a return on investment. In partnership with related agencies, HOLC identified low-income and historically minority communities that would be overlooked for investment opportunities for decades to come. That precedent continues in broadband infrastructure deployment today.

While digital redlining was not immediately noticeable and often dismissed as the result of business decisions or unrealistic deployment expectations, research shows that it is intentional and has a measurable impact. Notably, the National Digital Inclusion Alliance has been examining the presence and consequences of digital redlining for years. In 2017, they released extensive findings that showed redlining in Cleveland, Ohio, and delved further into AT&T’s discriminatory practices in a 2020 report.

At the forefront of the battle to end digital redlining are local officials and organizers in every state, territory, and the District of Columbia. Over the last year, Next Century Cities elevated the issue, building awareness among local and state leaders, peer advocates, and members of Congress.

In October 2020, three NCC member municipalities joined the NCC team to discuss connectivity challenges during COVID-19, noting the legacy of digital redlining in some of the most disconnected communities. NCC has also participated in discussions with allies on the topic. In May 2021, NCC’s Executive Director, Francella Ochillo, raised the issue before Members of Congress during her testimony before the Communications and Technology Subcommittee of the House of Representatives Energy and Commerce Committee.

It is worth noting that digital redlining happens in communities of all sizes and geographies – urban, rural, and variations in between. Ending it is a fundamental step in closing the digital divide once and for all. To accomplish this goal, advocates, policymakers, and local leaders must accurately measure the extent to which individual neighborhoods, municipalities, or regions have been redlined and by whom.

The most widely available resource to discover where broadband has been deployed is the Federal Communications Commission’s Form 477 Data. This form and its database are developed through self-reporting contributions from Internet service providers across the United States. Through these data, researchers can identify patterns and draw conclusions about the prevalence of digital redlining.

As NCC documented in Broadband Mapping Across the US: Local, State, and Federal Methods and Contradictions, the data often overstate, and possibly understate, the availability of broadband in census blocks. The report highlights work being done in every state, territory, and the District of Columbia to accurately map where households are underserved or unserved.

The COVID-19 pandemic revealed that millions of Americans are not receiving the broadband service they expected or being offered the service the government reports is available to them. Accurate maps will allow regulators and policymakers to hold companies accountable for their intentional discrimination against low-income or high minority population communities. While Congress, the FCC, and the Biden-Harris Administration have all acknowledged the need for more accurate and granular maps, local and state governments cannot wait. They are stepping up to develop mapping alternatives or gather data on inaccurate information.

To end the practice of digital redlining, advocates must also go beyond mapping broadband access but also examine where communities have been passed over for upgrades or proper network maintenance. In a conversation hosted by Public Knowledge, advocates discussed that failing copper networks or substandard wireless infrastructure is equally damaging to subscribers as not having any access.

Today, Internet access is an inseparable part of everyday life. Yet, inaccurate maps and exclusionary business practices layered with decades of discriminatory government policy mean that countless families continue to be left out of the digital revolution. No one should be denied the opportunities that getting online makes available.

Advocates and leaders have come so far to map the digital divide and digital redlining accurately, but we still have far to go.