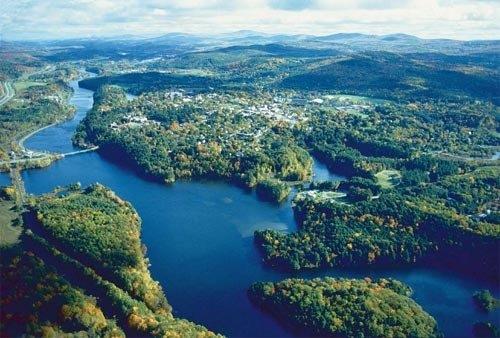 Next Century Cities profiles member municipalities in order to capture connectivity challenges and success stories from a local official’s point of view. Julia Griffin serves as the Town Manager in Hanover and has been working to expand broadband access for its residents for the last 15 years.

What is the state of broadband connectivity in Hanover?

JG: Hanover, like so many rural communities in northern New England, has limited, more densely populated in-town neighborhoods adjacent to Dartmouth College and Downtown Hanover that benefit from high-speed internet. Outlying rural residential neighborhoods have either poor quality DSL provided on outdated copper wire plant or nothing at all. This is the case throughout New Hampshire, a state which has not been proactive in facilitating broadband buildout. Southeastern New Hampshire has good high-speed internet access, but once you move north and west, away from the seacoast area and the more heavily populated communities of Nashua, Manchester and Concord, service is highly unpredictable.

What concerns do Hanover residents have about broadband access?

JG: Unless you live in in-town Hanover, high speed internet is generally unavailable. Our local landline telephone provider, Consolidated, will tell you that they provide robust DSL services in rural Hanover. But, day after day, I hear from DSL customers who are very frustrated with very slow DSL speeds, poor quality, and lousy customer service. As the host of Dartmouth College and adjacent to the City of Lebanon, home to the largest trauma center hospital in New Hampshire and Vermont, many of our residents are affiliated with either institution and their work relies heavily on access to high quality internet. Those who live in outlying areas find their homes far less marketable when it comes time to sell because they cannot boast access to high speed internet and the high cost of in-town real estate makes housing close to the campus prohibitively expensive for many families.

Residents in our outlying neighborhoods are frustrated that local and state government and telecom companies have not addressed this issue. In New Hampshire, local communities cannot invest directly in broadband infrastructure which leaves our rural residents with no option to secure service. And given that only one cable television provider operates in any one region of the state, no competition means no incentive to roll out service to customers in Comcast’s territory.

JG: The day Governor Sununu announced the state’s Stay-at-Home Plan and ordered schools to function virtually, I told staff it would be just a matter of hours before our phones began ringing off the hook. Email messages also began pouring into our inboxes, wondering what the Town planned to do to boost their internet access.

Working from home and attending school from home has been supremely frustrating for those families who do not live in in-town Hanover as a result of poor to non-existent internet service. Combine this with the closure of the school and municipal facilities that previously provided an internet ‘port in a storm’ for internet-starved households and you draw a very clear line between the internet haves and have nots, generally differentiated by the extent to which they live in highly rural areas. This need for families to work and learn from home has placed this contrast in very stark relief.

What are potential solutions to the broadband connectivity challenges in Hanover?

JG: From where I sit, there is only one answer. The federal government and each state must commit to investing into ubiquitous broadband deployment and compel telecom providers to build out their networks. Nothing short of a robustly funded national and state program will work.  Gone should be the days when big telecom can determine the nation’s connectivity fate based solely on their bottom lines and corporate profit. The competitive future of the U.S. is at stake, as is the physical, financial, and educational health of millions of Americans.

In 2008-09, southwestern New Hampshire benefited from a NTIA award that funded the buildout of a high speed internet backbone serving western and southwestern New Hampshire, known as NHFastRoads. The network was constructed but, sadly, the telecom companies, sensing the potential for competition from municipalities that could take advantage of the backbone to initiate municipal fiber systems, managed year-after-year to kill bills in the New Hampshire Legislature designed to enable municipal bonding for broadband. After seven years of construction and operation, NHFastRoads was forced to sell to the backbone back to the private company that built the network due to the inability to bond for broadband. It was a waste of federal stimulus investment because the New Hampshire Legislature and Governor could not withstand the pressure from large telecom donors.

Are there organizations, initiatives, and/or individuals that are working to increase broadband connectivity/access that should be mentioned?

JG: No, after the collapse of NH FastRoads, folks simply gave up. Whereas across the river in Vermont, both the Vermont’s Broadband Authority and ECFiber are busily working on widespread deployment, here in New Hampshire very little has happened.