A Spotlight on Provo, Utah 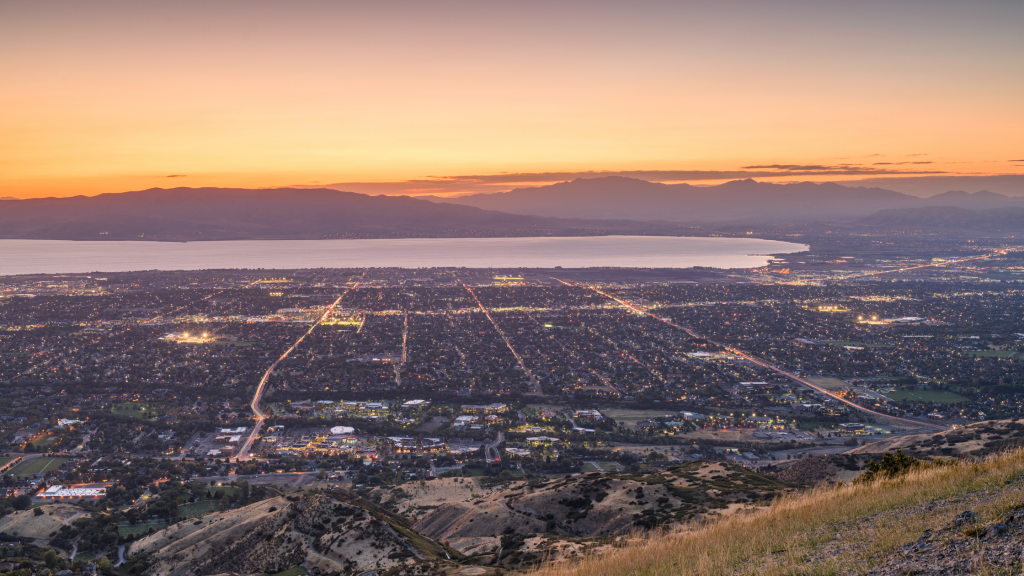 What are some of the major concerns that residents have about broadband access or connectivity?

Dixon Holmes: One of the concerns that we have, especially now in this era of COVID, is they may have the access, but do they have the other tools? Broadband connectivity is great, but you also have to have the know how to do it, and then you have to have either the hardware, computer, the phone, the laptop, the tablet to then make that physical connection. That’s one of the things that we’re working on with other partners here in Utah Valley and in Provo City. It’s awesome that we have this great connectivity potential, but until you are maximizing the benefit of that, especially for our underserved populations, then — whether it’s applying for a job, or benefits, or seeing what other resources are in the community — that is one of the things that we’re hearing as we work with groups like United Way and others to bridge that digital divide.

Joshua Ihrig: I second what Dixon said. There are three pillars of digital inclusion, and connectivity is one of those pillars. I think we’re in pretty good shape on that pillar if we can maintain affordability for those services. In addition, for those that can’t afford it, we need to make sure we continue to push to have low or no-cost access along with education of the services available. Typically, our biggest barrier is finding out where the places of need are. We can’t use digital campaigns to reach out to individuals in need. They might have access to free or low-cost services and just not realize it. They can go to the library for free access. There are locations throughout the city that have free wireless access including sites sponsored by Google Fiber’s Community Connections program. So, our challenge is really about getting the knowledge of the resources in the hands of those who need it. We’re currently working with United Way, along with other participating public-private partnership organizations, doing outreach campaigns.

Dixon, you mentioned COVID, are there specific challenges that residents are facing as a result of the pandemic?

DH: One that comes to mind most prominently is our public library. Many libraries have a bank of computers that are available to visiting patrons. There was a time where the library was closed. The library is now open, but with social distancing and trying to maintain safety, not every computer would be available. People who have relied on the library consistently as their place to make that connection have not been able to access computers as widely as they did in the past. Now only half of the computers may be available. The people who historically need help have relied on the library staff to help them.  It would be hard for a library assistant, who might be hovering over someone’s shoulder and walking them through that, to adhere to social distancing. Some of those services are probably a little more strained or not as accessible as they have been in the past.

JI: Some of the services we were providing prior to COVID-19, including classes, kiosk computers, check-out computers, and computer help labs can’t be done the same way today. Meanwhile the need has grown as people have found themselves unemployed, working from home, or are in alternative employment, which now requires the knowledge to be online… a skill that maybe they didn’t have before. So, there is now a higher need, due to COVID-19, in a climate that makes it more difficult to deliver services.

DH: We’ve talked about connectivity, and even at the lower rates, though there’s the opportunity to connect, the bandwidth may not be as robust. Provo tends to have larger household sizes, so there may be one or both parents working from home, and that requires some connection. Then, there may be kids living at home, either married kids living in the basement or there may be kids that are still in elementary or grade school who are also connecting. Some of those resources or families may be strained depending on who their service provider is.

We’re not hearing a lot about that but thinking about it in my own household — we had our married kids living in the basement and they’re going to school, we had other college kids who are married that were visiting. They were trying to maintain work from home. I was trying to work from home. Not only was noise an issue, but we were straining the network. We had so many people tapped in at one time, that it was starting to strain the actual provider’s speed.

JI: We have been working with the school district and they found a lot of households in need with multiple kids. The household might have had a device, but now that household had three kids and a parent that need to work on the one device. So, the question became, does the parent work online to earn income or does the kid with the most homework get online to do schoolwork? Seeing the need, the school district was able to identify and get additional equipment available for each school age child.  This scenario clearly shows that the digital divide is not about one device per family. It’s about each person having a device with connectivity and the knowledge to use it.

Could you please give us a brief overview of the state of broadband in Provo?

JI: Seven years ago, Google Fiber came into the City and began offering free basic broadband for up to seven years for households that signed up. Since that time, the competitive environment created has allowed for Provo to have an almost one hundred percent connection coverage throughout the City. Provo now has five plus vendors that are offering a varied and highly competitive set of broadband services.

I think we were just labeled the second fastest broadband city in the country for our size, so our state of broadband availability is quite high.

DH: As a follow up to that, as Josh mentioned, there are other providers in our community, not just Google. We think that’s had a benefit to our residents [as] consumers. It’s provided competitiveness, and there are offerings that are made in Provo that may not be provided in other markets, or at least not adjacent markets, so there has been some benefit [and] advantage to our residents in Provo because of the depth. As Josh had mentioned, I’ve never heard that number — they’ve never shared it with me personally, but we do believe that our breadth and depth of connectivity for our residents is pretty high based on the initial push that Google offered and then with other incumbent providers. It’s not for lack of service if you’re not connected. There may be other issues, and that’s what we’re trying to work on. How can we reach the person who for whatever reason is not connected? That’s one of the challenges that we might have.

JI: For reference, Broadband Now reports that fiber availability is virtually 100% throughout Provo right now. Whether that’s Google or not, high speed fiber is fully available.

What would you want residents to know about your work?

DH: There are likely more resources available than people would guess or know. That’s always a dilemma in being a service provider, for profit, non-profit, or governmental. There are a number of resources that are available that people may not know about. At the other end of that spectrum is we don’t have all of the resources, and we cannot be all things to all people. I think there are more resources than what most people would actually know. The challenge is letting them know what resources are available.

JI: The medium that you use is primarily online and digital delivery, correct?

JI: In your audience, what I would like to see happen is a call to action that everyone can help close the digital divide. They can help by reaching out to someone in need and help get information in their hands. They can send in contacts for those in need so that the local volunteers can reach out.  Without help identifying those in need, we have no way to begin bridging the gap. Second, I [want to emphasize] that if they have time or resources they would like to donate, there are ways to do that and get involved. In Provo, there’s a web site and a phone number for United Way of Utah County where they can donate equipment, time, or educational capabilities.

If a Provo household doesn’t have access to a device, connectivity, or the knowledge, there are low-cost / no cost options that are available in our community.  What we are missing is effectively getting the messaging in the hands of those in need.  Everyone can help with that.