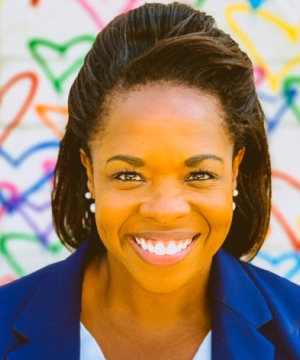 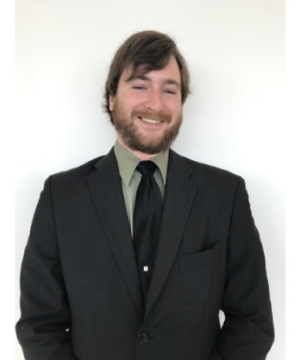 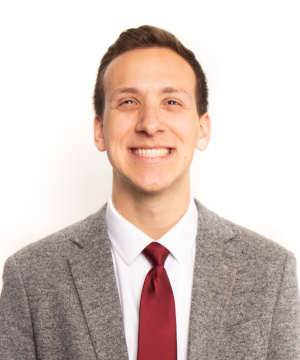 Francella’s vision for Next Century Cities is simple – elevate the voices of local officials who are working to expand high-speed connectivity. An attorney and digital rights advocate, Francella has worked on a variety of technology and telecommunications issues with a specific focus on assessing the impact of policy proposals on unserved and underserved communities. Breaking through to various audiences in keynote presentations, government agency filings, podcasts, and news outlets like Axios or The Washington Post, Francella helps policymakers and lawmakers recognize the importance of ubiquitous broadband. She is committed to creating opportunities for local leaders to participate in a national dialogue about how to connect every resident in every community.

A member of the District of Columbia Bar and Federal Communications Bar Association, Francella serves on the FCC’s Consumer Advisory Committee and served on the 2020 Broadband Deployment Advisory Committee’s Disaster Response and Recovery Working Group. She earned a Bachelor of Science degree from Morgan State University in Baltimore, Maryland, and her Juris Doctor from UIC John Marshall Law School in Chicago, Illinois.

Brittany-Rae is a communications expert with a passion for using storytelling, research, and advocacy to address issues plaguing urban communities. As Communications Director, Brittany-Rae fields all media requests and communications-related inquiries. In addition to managing external communications and providing support for member programming, she creates monthly newsletters and bi-weekly bulletins to keep NCC members and supporters abreast of developments in the broadband landscape. A long-time advocate of minority-serving institutions, Brittany-Rae has highlighted their role in addressing the nation’s digital divide, most recently in her piece in Blavity.

Brittany-Rae completed her Ph.D. in Communications, Culture, and Media Studies at Howard University where she examined the intersection of urban development, community relations, and higher education. She received her M.S. in Mass Communications from Middle Tennessee State University and her B.A. in English and Creative Writing from Wellesley College.

In his latest report, Communities Responding to Natural Disasters Through Network Resilience, Ryan documents efforts undertaken by communities across the nation to neutralize threats and improve redundancies. His advocacy extends to broadband deployment issues, evidenced by a discussion that he moderated on the impacts of the Portland. v. FCC Ninth Circuit decision. Ryan works to document community-level perspectives into federal proceedings and educates local leaders, like those in the City of Detroit, about the impact that federal programs can have in their communities.

A member of the Pennsylvania Bar, Ryan received his Juris Doctor from American University Washington College of Law where he served on the editorial board of the National Security Law Brief. He completed his undergraduate degree at Franklin & Marshall College where he studied Government and Business Management.

Corian Zacher’s portfolio focuses on supporting and elevating the many local and state leaders who work tirelessly to expand broadband access and adoption in their communities. Corian creates resources for our members, tracks state and local broadband policy initiatives, and collaborates with local leaders, identifying and elevating policy barriers and opportunities.

Before coming to NCC, Corian researched and worked on telecommunications policy issues at the University of Colorado Law School, where they earned their J.D. While at Colorado Law, Corian studied telecommunications law and policy, serving as Editor-in-Chief of the Colorado Technology Law Journal. In their student note, Paving the Road to Fiber, readers will learn about federal technology policy’s impact on local broadband deployment.

Lukas manages member relations, external partnerships, and campaigns for Next Century Cities. His work includes developing working relationships with partners across the country to elevate the work of the organization and local officials in its members. He seeks out new and innovative ways to elevate member stories while bringing local leaders together to develop solutions to their most pressing connectivity challenges. Lukas also provides subject matter expertise on digital redlining, community broadband networks, civic engagement, and more.

Lukas has helped address technology policy issues for the last three years as a student, research assistant, and policy fellow. A graduate of the University of Virginia, he received a Bachelor of Arts degree in Media Studies and conducted research on local government solutions to the digital divide. In May 2021, he graduated with a Master of Public Policy from Georgetown University in May 2021. At Georgetown, Lukas delivered a lecture at TEDxGeorgetown about the history of municipal networks from electric grids to fiber-optic networks and published a thesis entitled “Washington, D.C.’s Homework Gap: Exploring the Relationship Between Connectivity and Student Success In District of Columbia Public Schools.”

The newest member of the New Century Cities team, Medvis Jackson is uncovering stories that highlight the impact of high-speed internet access in American cities. He is a social capital expert who specializes in connecting individual community members with critical resources.

In addition to co-founding the music and technology content series, #TheDigilogue, his background in digital marketing, research and program management has, within two years, aided projects in Detroit to raise over $1.3 million of financial investment into local startups, as well as to administer over $50,000 of publicly-funded technical assistance to early-stage entrepreneurs. In his free time, he volunteers with brick-and-mortar business owners in Detroit’s Northwest side, helping them to strengthen their online presence and to access additional public resources.

Medvis completed his undergraduate studies at Colgate University and is an avid cricket player.