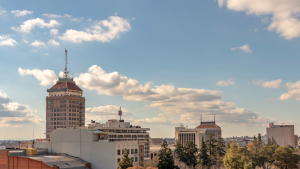 California’s broadband plans are among the most extensive in the nation. In June 2021, Governor Newsom signed SB156 into law, investing $6 billion into state broadband programs designed to improve access and affordability. The California Public Utilities Commission (CPUC) detailed affordability parameters in its April 2022 requirements for the state’s federally funded programs, requiring grantees to offer residents a $40/month 50Mbps plan for the life of the infrastructure.

The City of Oakland announced a partnership with Education Superhighway in November 2021, a collaboration aimed at providing high-speed broadband to 90% of Oakland’s estimated 36,951 unconnected homes over the next five years. While efforts like these are critical to connecting low-income residents, lower-middle-income families continue to face high broadband prices and must divert household resources from other necessities to stay connected.

Reducing subscription prices overall is a necessary step that could enhance the quality of life for millions, especially those just above the margins of being eligible for low-income subsidies. Many cities identify subscription price as a barrier but have yet  to directly address the problem. State grant requirements are an important way to ensure that networks built with public funding meet the needs of the residents they serve by including affordability in program design.

Recent legislative proposals, like amendments to SB 717 that threatened to replace two years of information gathering, which includes California’s 2020 Broadband Action Plan. Instead, the proposed approach would presume that funding is the main barrier to broadband deployment while ignoring other extensively studied causes of connectivity gaps, including affordability. Click here to review the June 10th group letter that NCC joined with allies urging state leaders to focus on solutions for, rather than debating the causes of, the digital divide.