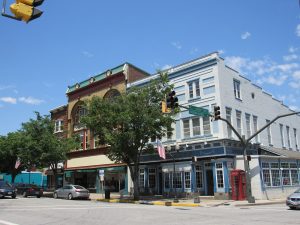 Much like there’s no correct way to eat an Oreo, there is no one-size-fits all connectivity model for a community. Westminster, Maryland’s public-private partnership with Ting provides an instructive example of how to match a community’s strengths and needs with those of a partner – and the city is reaping the rewards.

Westminster came to the realization several years ago that if they wanted better broadband service and increased consumer choice, they would have to take action. As is true in many markets, incumbent providers weren’t showing interest in stepping up, and residents were getting frustrated. The city began carefully weighing different models for connectivity, and determined that they didn’t have the capacity to become a municipal internet service provider, nor the big city draw to attract the likes of Google Fiber. Working with a partner that would bring complementary strengths to the table was the right choice.

The city issued an RFP and quickly found a perfect partner in Ting, a company taking its wireless experience into the fiber-optic world. Together, a plan was devised for each entity to take on what they did best. The city of Westminster operates an extensive sewer and water system and all corresponding staff – they’re already good at managing infrastructure systems. The city also strongly prioritized publicly-owned infrastructure. For these reasons, Westminster took on the role of building and owning a fiber network. Westminster, however, doesn’t have experience with network management or the specific ins and outs of fiber optic hardware. Ting does, and took on the role of installing and managing the “lit” network services. Ting will act as the exclusive service provider until the network becomes open access, a transition that will happen in phases beginning in early 2019. The partnership between the city and Ting distributed the responsibilities and risks of the project in a way that maximized each party’s strengths.

Westminster designed the project to follow an incremental build schedule, which means that the network is built in phases, with revenues from each phase helping to fund the next. When the shovels first hit the dirt, the goal was to reach a 20% take rate after one year and a 40% take rate after five. As the pilot phase reaches its three year mark this fall, it’s already soared to a 38% take rate. Phase one and two have reached 28% and 20% rates, respectively. Now, Westminster is updating the project goals and business plan for the coming years. The success of each phase thus far not only puts the project in strong financial health, but also affirms the community’s hunger for a competitive broadband option and the city’s foresight in making the investment.

The fiber network has improved economic development and innovation in Westminster. Because of the extensive fiber infrastructure and Ting’s service, the city’s institutional network is much more robust and secure, and has benefitted city operations across the board. Meanwhile, several new or existing small businesses have set up shop in or relocated to Westminster. For web developers, marketing companies, and many more, a gigabit connection is an enticing draw.

In addition to bringing quality internet service to businesses and residents, the presence of the physical fiber network presents myriad opportunities for partnerships. For example, Westminster has worked with the state of Maryland to facilitate a “fiber swap” that helped connect a state agency to broadband. The city has also created a lease agreement with a local retirement community that’s using the fiber to connect a nearby satellite campus. Not only does this provide an additional revenue stream for Westminster, but it also helps increase opportunities and quality of life for the residents, and productivity for staff.

Gigabit internet access is also the bedrock of the Mid-Atlantic Gigabit Innovation Collaboratory (MAGIC), a non-profit dedicated to fully realizing the economic development potential of the broadband infrastructure in Westminster and its surrounding areas. The group provides hands-on technology training, business development assistance for start-ups, and creates innovation laboratories to foster new community partnerships. Most recently, MAGIC has been spearheading the Healthy Smart Home project, which is developing a model to provide internet-based at-home healthcare support for elderly community members to age in place.

Every community has its own unique challenges, priorities, and assets that it should consider when working to improve connectivity. Westminster took the time to conduct a thoughtful inventory of these factors, and to choose a partner in perfect alignment. While there’s no correct way to eat an Oreo, there’s something that works well for everyone. Westminster figured out their way, and the community is gobbling it up.

For more background, read this case study of Ting and Westminster.