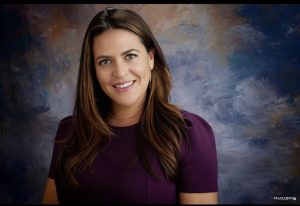 Catherine Nicolaou grew up in Arizona as a first generation Mexican-American. Today, she is the City of Albuquerque’s first Broadband Program Manager, leading City broadband initiatives and efforts while being a voice for all community members. As an experienced telecommunications professional, she has worked with state regulatory officials and the legislature to advance strategic broadband goals in New Mexico.

Catherine attended Arizona State University and prior to her role at the city, was the External Affairs and Marketing Manager for Sacred Wind Communications, a New Mexico-based company, dedicated to improving telecommunications services to rural and tribal areas within the state. She was a member of the FCC’s Communications Equity and Diversity Council working group, the City of Albuquerque’s Information Services Committee and is a board member for the New Mexico Technology Council. Catherine is a recipient of Albuquerque Business First’s 40 Under 40 Award.

The City of Albuquerque’s broadband initiatives focus on developing a long-term vision for the future of access and adoption in Albuquerque, with a goal of expanding access for all residents and businesses. Led by the Department of Technology and Innovation, the City has taken substantive steps to expand broadband access for city residents over the past year. Their efforts include: 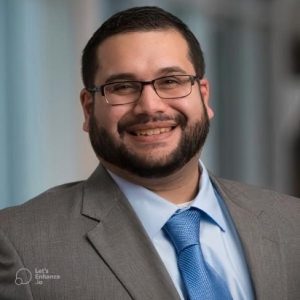 Ricky Santiago is the Digital Inclusion Manager for the City of Louisville, Kentucky, where he leads strategic efforts for closing the digital divide. Originally from Ponce, Puerto Rico, Ricky’s family has lived in Kentucky for more than twenty years. His first job with Louisville Metro Government was with the Office for Globalization, where he worked to welcome newcomers to Louisville and help them get established in the community. Ricky holds a Bachelor’s from the Pontifical Catholic University of Puerto Rico and a Master’s in Organizational Leadership from Indiana Tech University. He serves on the National Puerto Rican Chamber of Commerce.

Louisville, KY is a metropolitan area of 1.2 million people perhaps best known for the Kentucky Derby and as the home of Muhammad Ali.

“The consolidated City/County government of Louisville has a solid foundation of Smart City principles, guided by a Smart City Playbook. We also understand that in order to be a modern city we have to address the digital divide.

Broadband. According to the 2020 Digital Divide Index, some 28% of Jefferson County’s population had no access to 100/20 mbps and of those 11% have no internet access at all. In the past two years, we have seen 46,000 households sign up for the Affordable Connectivity Plan, allocated funds to reach the last remaining unconnected households in Jefferson County and launched a public wif-fi network in the historically Black Russell neighborhood (once called “the Harlem of the South”).

Devices. We have helped over 2,000 individuals gain access to computers and have established a partnership with TERRA’s Done with It Program to refurbish and redistribute computers to those in need.

“Skills. We have also trained over 2,000 residents on basic digital skills, stood up 17 Digital Inclusion programs with non-profit partners, helped expand training in digital inclusion programs to include micro certification in analytics and website creation, and achieved NDIA Digital Trailblazer recognition for three years in a row. Finally, we are preparing to launch an exciting new Basic Digital Skills program for justice-impacted individuals through the Louisville Metro Department of Corrections.”