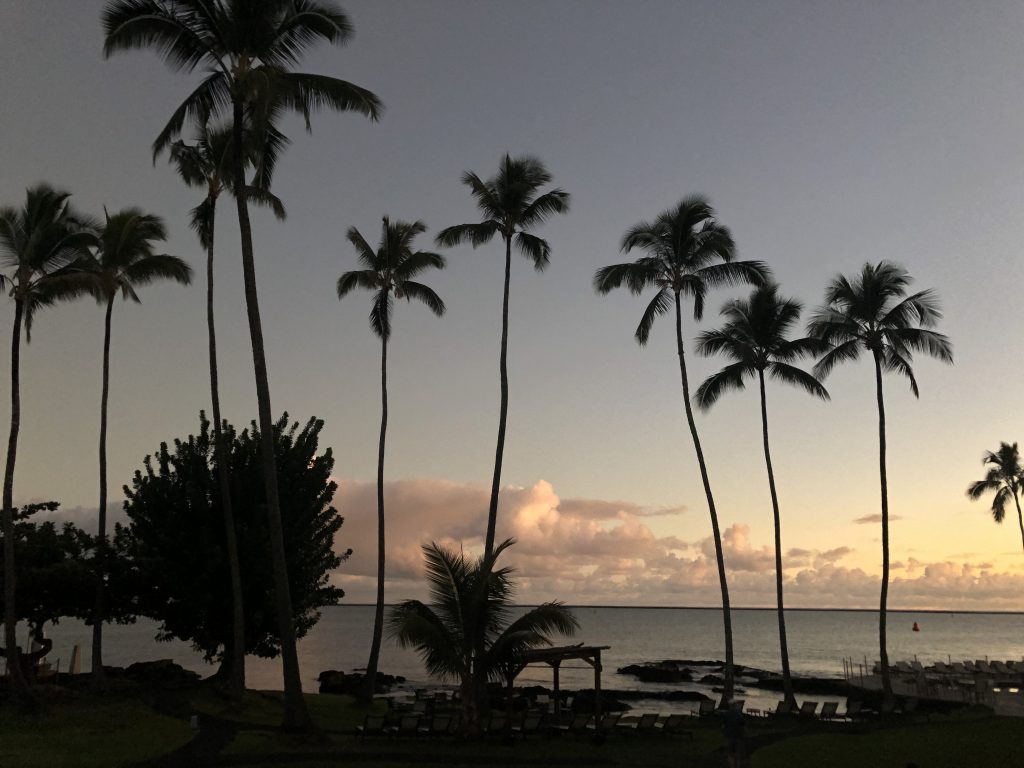 Next Century Cities works to ensure that every community has access to broadband. At the core of that mission is reaching out to unserved and underserved populations to ensure they are able to choose and build connectivity models that meet its residents needs. That is why we were so invested in helping to plan in the 2019 Indigenous Connectivity Summit, hosted by the Internet Society in Hawaii.

The goal of the summit is to share resources and stories to further sustainable connectivity solutions for Indigenous communities across North America. The week began with two days of conference programming at the University of Hawai’i at Hilo’s Hale‘ōlelo, home of the Hawaiian Language College, the only Native language college in the country. The room in which the conference was held is a sacred space named in honor of Ruth Keʻelikōlani Keanolani Kanāhoahoa, the 19th century high chiefess known for her strong advocacy of Hawaiian language and culture. Each day opened with a Piko Ceremony, traditionally held at the beginning of the school day as a way to center oneself, in the Hawaiian language led by students and faculty of the college.

The first two conference days were filled with conversation led by Indigenous leaders from across North America, from the Independent and Sovereign Nation of Hawai’i to the Eskasoni First Nation in Nova Scotia. While the communities represented were geographically diverse, specific themes repeatedly surfaced in discussions. Many participants discussed storytelling as a mechanism for advocacy. Participants also emphasized the importance of using technology to preserve and pass on culture and language, strengthen communities, and create hope and connections for youth and other members of the Tribe. Because of the internet, “my future grandchildren will know me in a way that I never knew my grandfather,” said Ilihia Gionson, Outreach Liaison for Congresswoman Tulsi Gabbard.

Next Century Cities’ Senior Program Manager Cat Blake participated in a panel about the current state of Native and Indigenous connectivity, and Policy Director Christopher Mitchell discussed community networks on a panel about connectivity fundamentals. In her discussion, Cat emphasized the importance of community-driven solutions: “Every stakeholder group has something to contribute to a solution. It’s important to have a conversation about what everyone is willing to take on and willing to give up… the community has to be in the driver’s seat.”

Linnea Dick and Joshua Watts of the organization WeMatter shared their work using multimedia storytelling to help indigenous youth build self-identity and feel less isolated. Later, Christopher Liu presented yugtun.com, a translation app he built to amplify his native language of Yup’ik. While the app has been a great success in his community, Christopher said that a lack of broadband hindered its impact: “If a megabyte takes longer than 20 seconds to load, people will just give up on it.”

In addition to sharing stories and projects, participants talked about what policy changes are necessary in order to support Indigenous connectivity solutions, and organized roundtable discussions to organize main points and next steps as a group. Mariel Triggs of MuralNet shared the opportunity of the Educational Broadband Service spectrum, and urged audience members and Indigenous leaders everywhere to ask the Federal Communications Commission for allocation rules that would allow more time for Tribal outreach and applications.

Other sessions touched on how communities can leverage internet exchange points to encourage connectivity, the role of the federal government in local solutions, how to measure broadband availability, and more. While the challenges of connectivity are not insignificant, what shone through most clearly at the conference was the resilience and determination of Indigenous communities, and the love of their communities and culture as the driving force of connectivity.

Over the next few days, the summit will travel to the village of Pu`uhonua O Waimānalo, on the island of O’ahu, to partner with the Nation of Hawai’i to deploy the first community network in the state. We are excited to continue learning about how Indigenous communities are solving connectivity issues and unlocking the benefits of technology, and we look forward to sharing what we learn with our members.

Find a recording of the conference below, and follow the conversation on Twitter with the hashtags #2019ICS and #CNSummit2019. Part two of this blog series is available here.